In the first of the round’s Irish derbies, Ulster will aim to trip the spring in Leinster’s step after the latter’s narrow but brilliant victory over arch rivals Munster in Round 14. Conversely, Ulster were on the losing side of their derby against Connacht and will throw all they have at Leinster to set their feet back on the winning path.


Fans are in for a treat if this match-up proves to be anything like the last one (in Round 8) which turned out to be a game rich in entertainment value. What the two teams lacked in defence, they made up for in attack;, the final whistle sounding with the scoreboard showing 54-42 in favour of Leinster.

The men in blue were rampant in the first stanza, running a total of five tries while Ulster struggled to stay in the game.

Leinster started the second half much as they had begun the first, though dropped off the pace somewhat in the latter stages as Ulster kicked into gear and bossed the final quarter impressively.

If Ulster can stem the furious tide which is a fresh-legged Leinster outfit in the early stages and call on the form with which they finished their last such encounter, they could very possibly pull one over Jonny Sexton and his charges.

Whatever happens, the fixture remains a mouth-watering, top of the Conference A table clash which will surely deliver the goods. 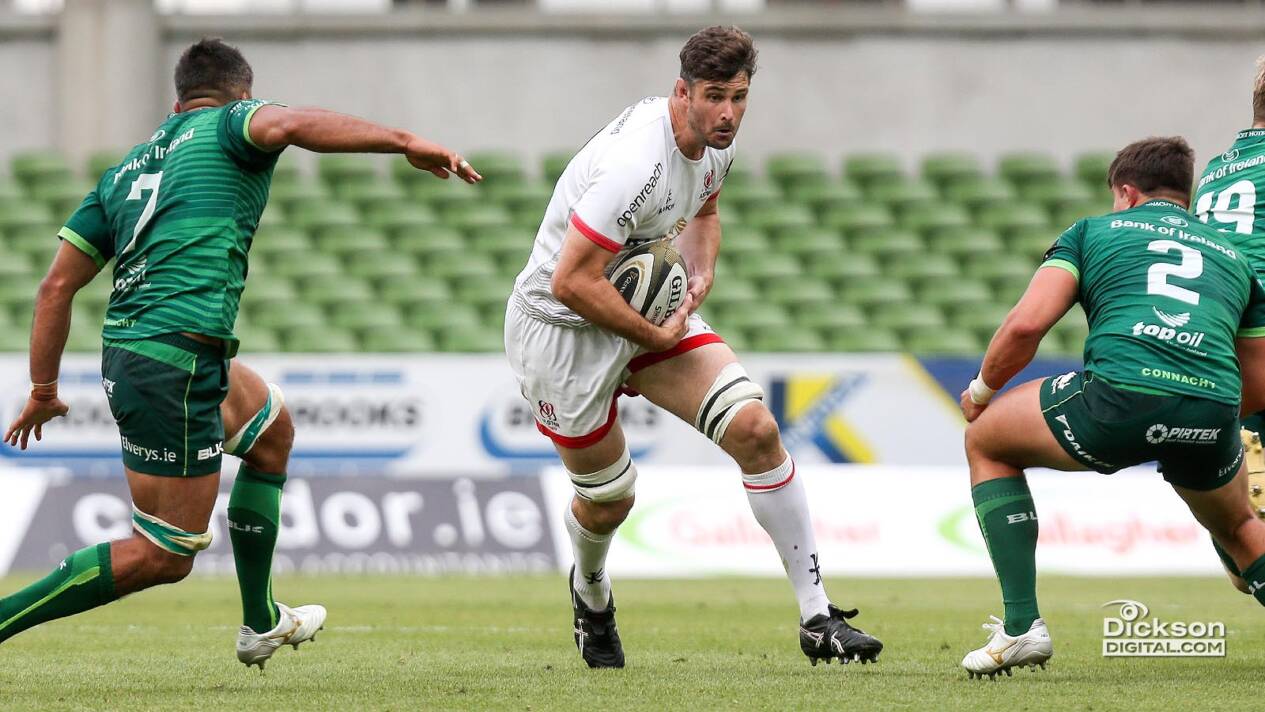 Sam Carter will lead out the Ulster men for the first time, as they take on Leinster in the final round of the Guinness PRO14 regular season.

Australia international Carter is also one of eight changes to the starting XV that faced Connacht in the return to rugby action last Sunday, and he will be partnered by Kieran Treadwell in the second row. It’s all-change in the front row, as Rob Herring returns to the side at hooker, with Eric O’Sullivan and Tom O’Toole taking up the starting loosehead and tighthead positions. Matthew Rea comes in at blindside, with Jordi Murphy once again starting at openside flanker and Marcell Coetzee at number eight.

Jacob Stockdale retains his starting berth at full-back and is joined in the back three by returning wingers Rob Lyttle and Matt Faddes. The midfield combination of Stuart McCloskey and James Hume remains in situ, while recent signing Ian Madigan will make his first start at fly-half for Ulster, linking up with John Cooney for up an all-Irish international half-back pairing. 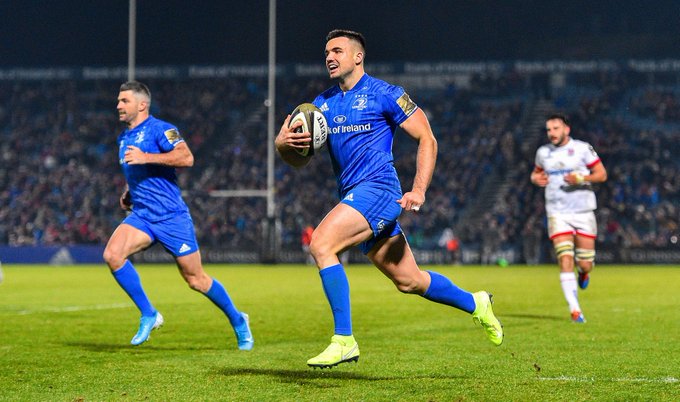 Ed Byrne will captain the side for the first time in a competitive fixture, starting in the front row with Irish internationals Seán Cronin and Michael Bent. Carlow native Byrne made his debut in February 2014 against Zebre and will win his 54th Leinster cap tomorrow when he leads out his province for the first time.

Devin Toner starts in the second row with Ross Molony, while Josh Murphy, Will Connors, and Max Deegan complete the starting pack. In the backs, Cullen has selected a back three of Rob Kearney, Hugo Keenan, and Cian Kelleher.

Ciarán Frawley and Rory O’Loughlin is the centre partnership, while in the half backs Jamison Gibson-Park wins his 90th cap for Leinster Rugby and is joined by Ross Byrne. Leinster Rugby Academy player Tom Clarkson is in line to make his senior debut from the bench.