The Melbourne Rebels have been given a double playmaking boost for their Super Rugby clash with the Bulls on Friday.

Incumbent flyhalf Quade Cooper has passed his concussion tests and is fit for the clash while Matt Toomua has joined the franchise a week early and features on the bench for the side who are currently placed second in the Australian conference.

It could be To’omua’s first Super Rugby game since he played 88 games for the Brumbies between 2008-2016.

He will be joined by Sam Jeffries who will return to the side to bolster the forward stocks, finishing off a 5-3 split on the bench while Richard Hardwick and Rob Leota have been promoted to the side’s Starting XV.

The Rebels are without star forwards Luke Jones and Isi Naisarani who miss the clash through injury.

Melbourne Head Coach Dave Wessels says Cooper is raring to go against an inform Bulls side after being cleared by medical professionals.

“He’s fine, he pulled up straight away after the game and was feeling fine, he followed the concussion pathway and passed all of those markers, so he’s feeling good,” Wessels said.

With star forwards Jones and Naisarani ruled out, Wessels has backed in forwards Rob Leota and Richard Hardwick to fill the void against a strong Bulls forward pack.

“We’re lucky we’ve got some depth in the back five of the scrum,” Wessels said.

“Rob Leota, obviously everyone knows how well he’s been playing, so it’s great to have him in the mix. “

We’re fortunate to have Dickie (Richard Hardwick) who’s a Wallaby, we’ve missed having a specialist flanker who plays to the ball, so that’s a part of our game that Dickie will really help with.”

Rebels line up to face the Bulls 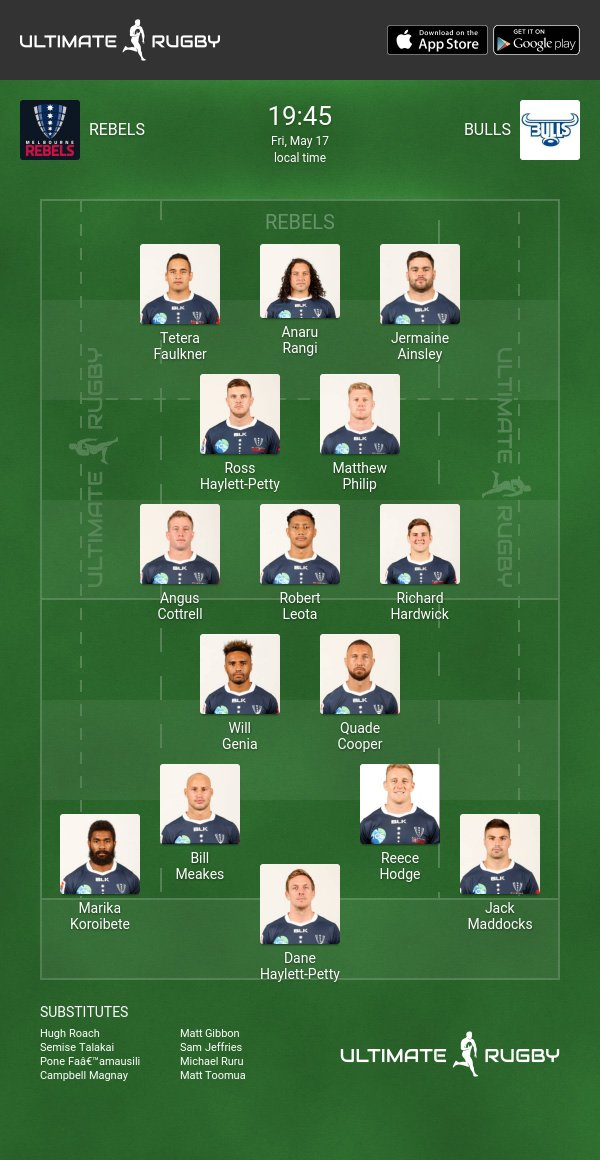