Telusa Veainu will be a crucial performer if Tonga are to overcome Argentina in their Rugby World Cup clash on Saturday, according to coach Toutai Kefu.

Leicester Tigers full-back Veainu was absent from Tonga's opening Pool C match, as the islanders went down 35-3 to England.

Veainu missed a chunk of last season with a foot injury, with Kefu deciding not to risk one of his star names in a match which was always unlikely to go Tonga's way.

However, he is one of four faces brought into the Tonga line-up to play against Argentina, who were beaten 23-21 by France in their first match, and Kefu is thrilled to be able to welcome Veainu back to the fold.

"We don’t have many players like Telusa," said Kefu. "He is high quality and has a lot of X factor.

"He is vital, critical for us. That's why we've thrown him straight in, rather than among the replacements. He is an integral part of the team. I think he will give us a spark in attack."

Paula Ngauamo and Malietoa Hingano have returned from injury, with James Faiva also in line for a start. 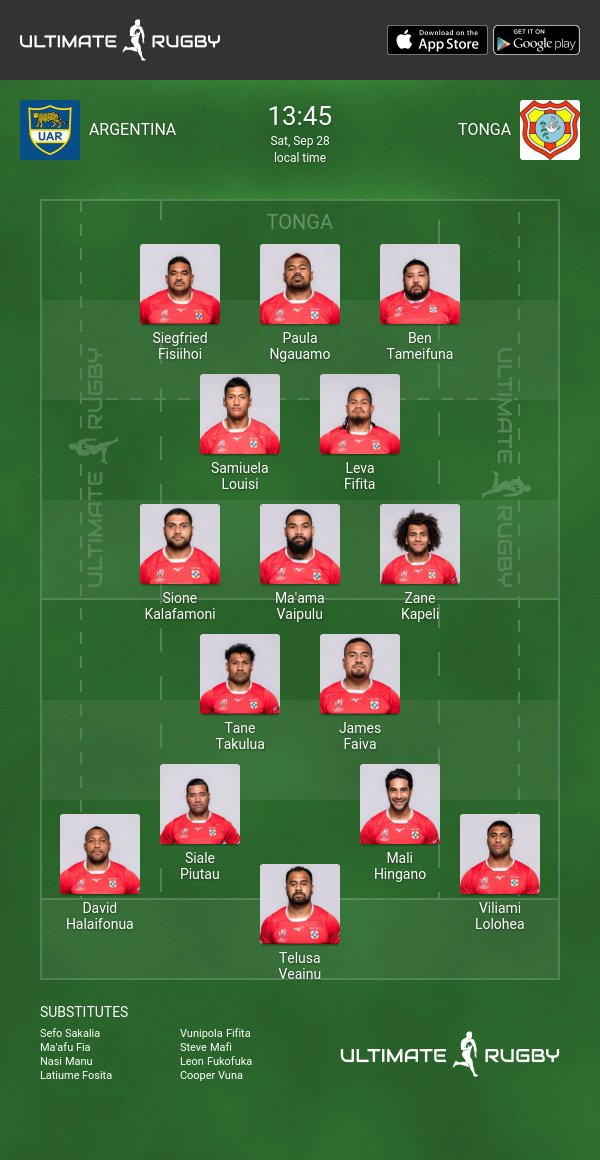 Meanwhile, Argentina captain Pablo Matera has insisted the Pumas – who are on a 10-match losing run in competitive games – have not been busy licking their wounds from the tight defeat to France, but instead it has given them extra motivation to claim the first win of their campaign.

"We have to win all three games. Having lost at the weekend is hard, but the goal remains the same," Matera said.

"It was important to turn the page as soon as possible. Training was especially hard, because everyone wants to wear the shirt.

"There was frustration and anger over the weekend and we transformed it into energy and motivation to improve." 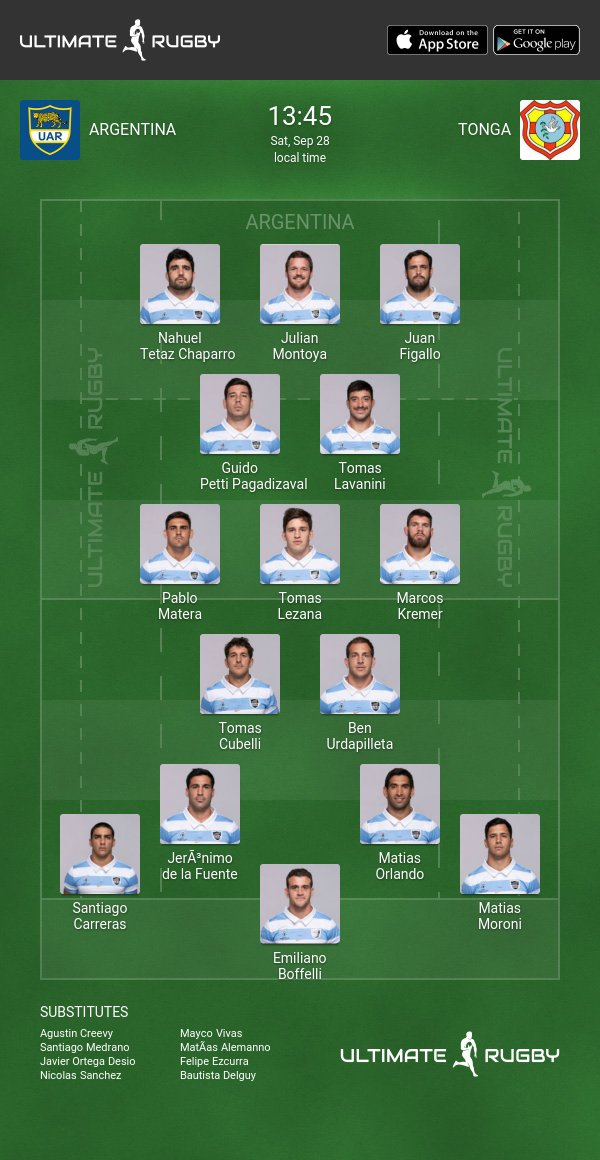 The Pumas full-back missed what would have been a match-winning penalty in the last minute against France, and Boffelli – one of Argentina's brightest prospects – will be out to make amends in Osaka.

Without Veainu, Tonga lacked any cutting edge against England, even though Eddie Jones' side failed to reach their best level. Now he is back, the 28-year-old will be eager to make his mark on this World Cup, especially since Tonga's record try-scorer Kurt Morath is out injured.

- Argentina and Tonga have met just once before in Test rugby, a clash at the 2015 Rugby World Cup which the Pumas won 45-16 in Leicester.
- Tonga have failed to score a try in each of their last two Rugby World Cup matches, having crossed for a try in each of their 17 games before this run.
- Tonga are the only side at the 2019 Rugby World Cup who had no players in their original 31-man squad that play club rugby in their country's domestic league.
- If Agustin Creevy comes off the bench, he will join Felipe Contepomi (87 appearances) as Argentina’s most-capped player.