The pools have been drawn for Rugby World Cup 2019 with hosts Japan in Pool A, defending champions New Zealand with South Africa in Pool B, England with France and Argentina in Pool C and Australia with Wales and Georgia in Pool D.

The 48 matches will be spread across 12 host cities, with each match venue hosting a minimum of two matches.

The host nation will begin its campaign against Europe 1 in the tournament’s opening match at 19:45 at the Tokyo Stadium, venue for five pool matches, two quarter-finals and the bronze final.

The iconic International Stadium in Yokohama will also be at the tournament’s heart with four pool matches, including New Zealand v South Africa, Ireland v Scotland, England v France and Japan v Scotland, while also hosting both semi-finals and the Rugby World Cup 2019 final on 2 November. 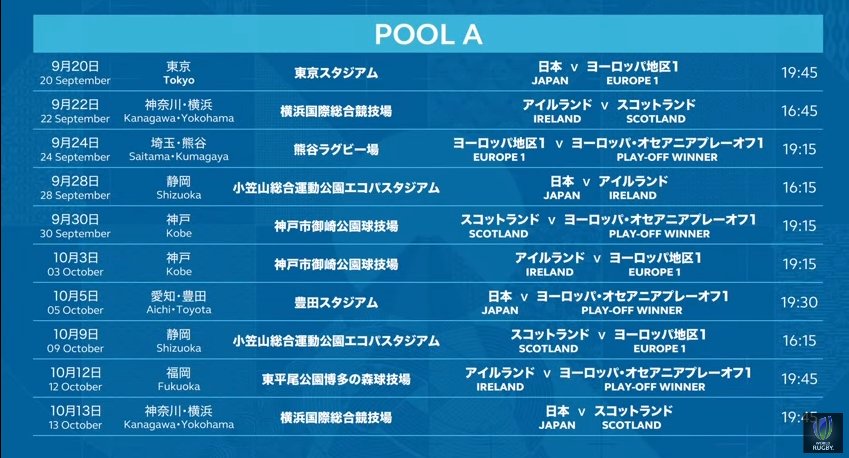 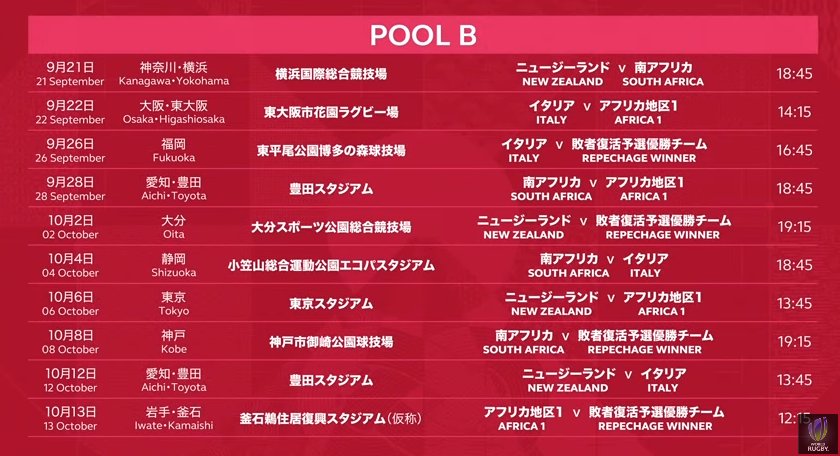 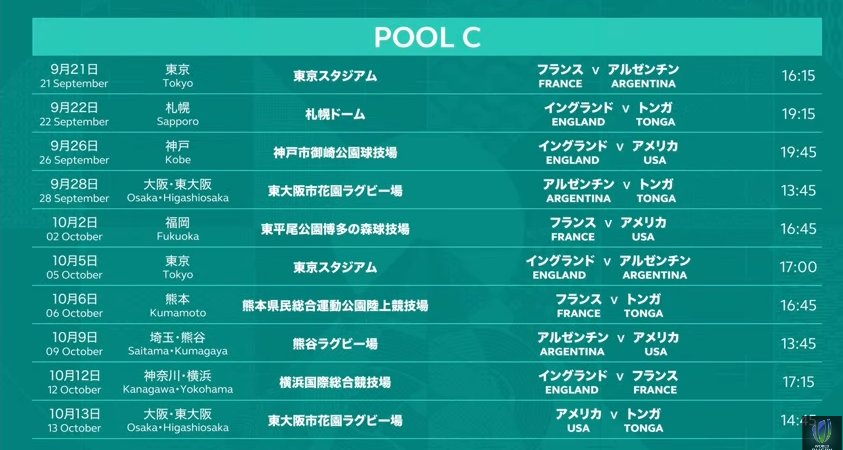 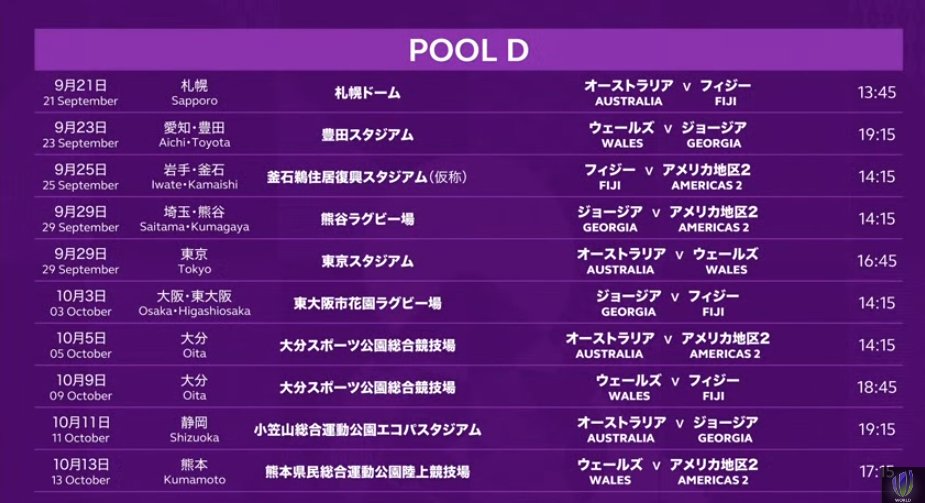