Rumble in The Rec: Bath vs Montpellier

The Rec. On Saturday will be the scene of the third Challenge Cup clash between Bath and Montpellier as they cross swords in the second semi-final.

Bath have won the previous encounters, both of which occurred in the 2006-07. Since then, they have met four times in the Champions Cup, the results flattering Bath with three victories to Montpellier’s one.

The weekend marks the seventh time that Bath will participate in the Challenge Cup semis, their record in which is good: four wins, two losses.

Montpellier have only participated in one Challenge Cup semi-final to date (2015-16), from which they advanced to the final and subsequently hoisted the trophy. The French outfit will take heart from the fact that their recent away record against Premiership opposition lies solidly in their favour; four victories from five outings.

However, Bath’s record at the Rec. is enough to startle any opposition; 29 wins from 30 games.

Interestingly, all of Bath’s points in the current tournament have come from tries and conversions (9 of the former and 8 of the latter). Harlequins are the only other side in the competition not to have a penalty to their name.

Montpellier battled past Benetton Rugby in the quarter-finals to secure their spot in this weekend’s action. It was a hearty performance from the Frenchmen as Benetton started well but were not enough to topple their opponents who dotted down on all three occasions that they entered Benetton’s 22m area.

Bath faced London Irish in their quarter-final clash – a game Exiles were actually expected to take. However, Bath earned their victory through a great display of defence which forced Exiles into pit of errors and frustration from which they could not recover. 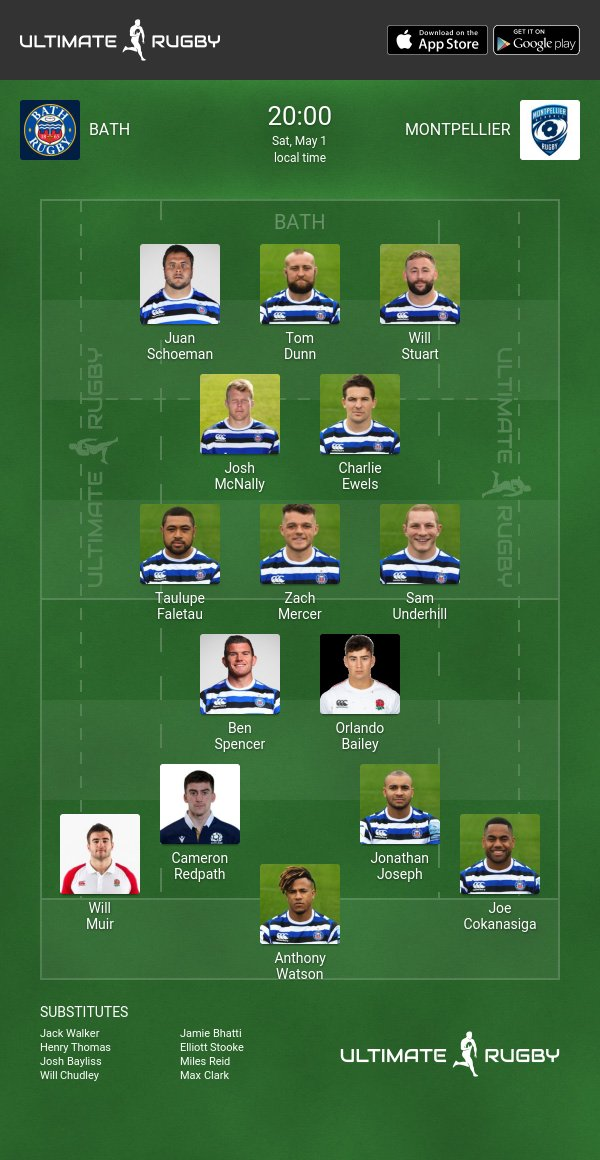 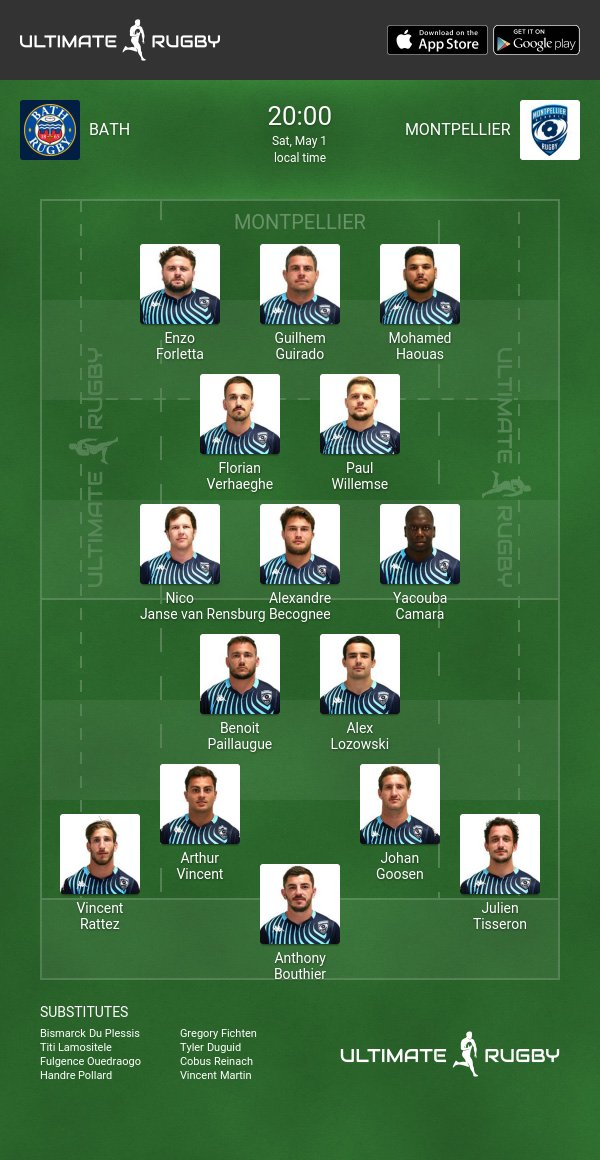