France coach Jacques Brunel is looking to England for inspiration ahead of facing the United States in the Rugby World Cup on Wednesday.

The Pool C contest was in doubt due to the lurking Typhoon Mitag, though organisers confirmed on Monday that the fixture is expected to go ahead without interruption.

As such, France have ploughed ahead with their preparations and Brunel looked back to England's 45-7 thrashing of their next opponents.

Brunel expects USA to be less "powerful" than Tonga, who they play on Sunday, though does believe they are not lacking in athletic attributes.

The coach has tweaked France's training accordingly after beating Argentina 23-21 in their campaign opener and is hopeful of mirroring England's dominance.

"We cannot say that we did not take [the difference in our futures opponents' styles of play] into consideration," Brunel said, according to quotes in L'Equipe. "There are different characteristics.

"The United States are athletic even though they are less powerful than Tonga. We must also value the performance of the English, who put them under pressure.

"This American team is feared for the physical qualities it develops. It was nevertheless well dominated by England, and we hope to do the same."

France were left red-faced in the build-up on Sunday, however, as they announced La Rochelle tighthead prop Uini Atonio as the replacement for Demba Bamba, who will miss the rest of the tournament with a thigh injury.

They then realised Atonio had suffered a neck injury the day before, leading to the French Rugby Federation (FFR) apologising to fans when subsequently confirming the call-up of Cedate Gomes Sa instead.

Brunel has made 12 changes to the side, though USA defensive coach Jacques Fourie remains entirely aware of the challenge facing the United States.

"There's a big beast lying ahead of us and that's France," he said. "We need to mentally and physically be ready or that challenge. I don't think we can get any worse [than against England].

"We need to rock up and we need to make our tackles. If you don't make your tackles, you're going to end up behind the advantage line every time.

"We need to stop their lineout mauls, because they're going to lick their lips from what they saw against England." 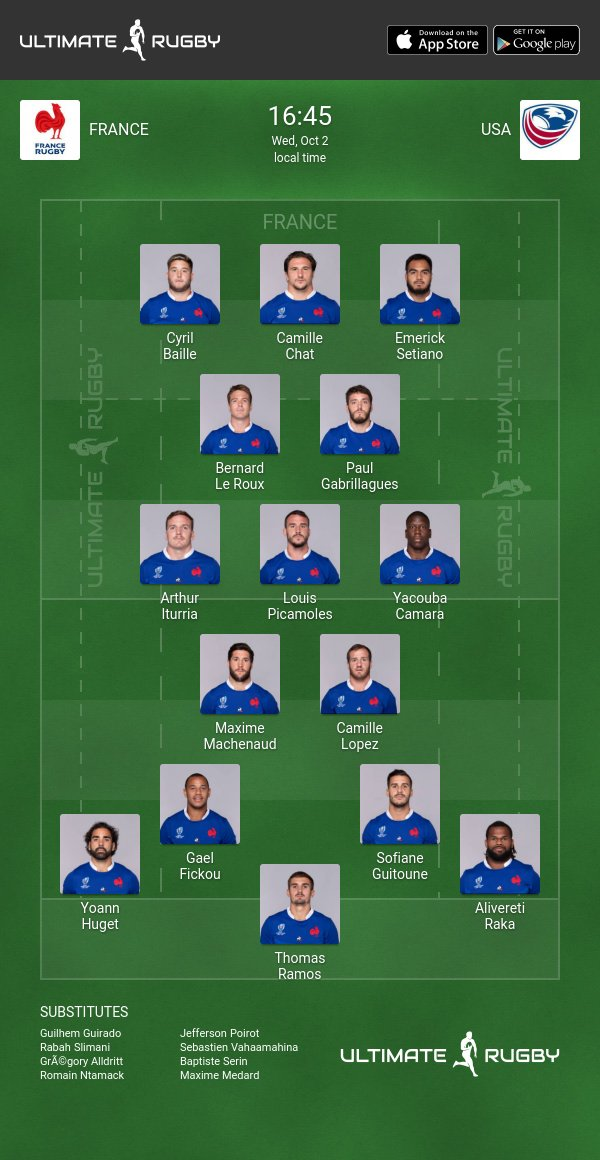 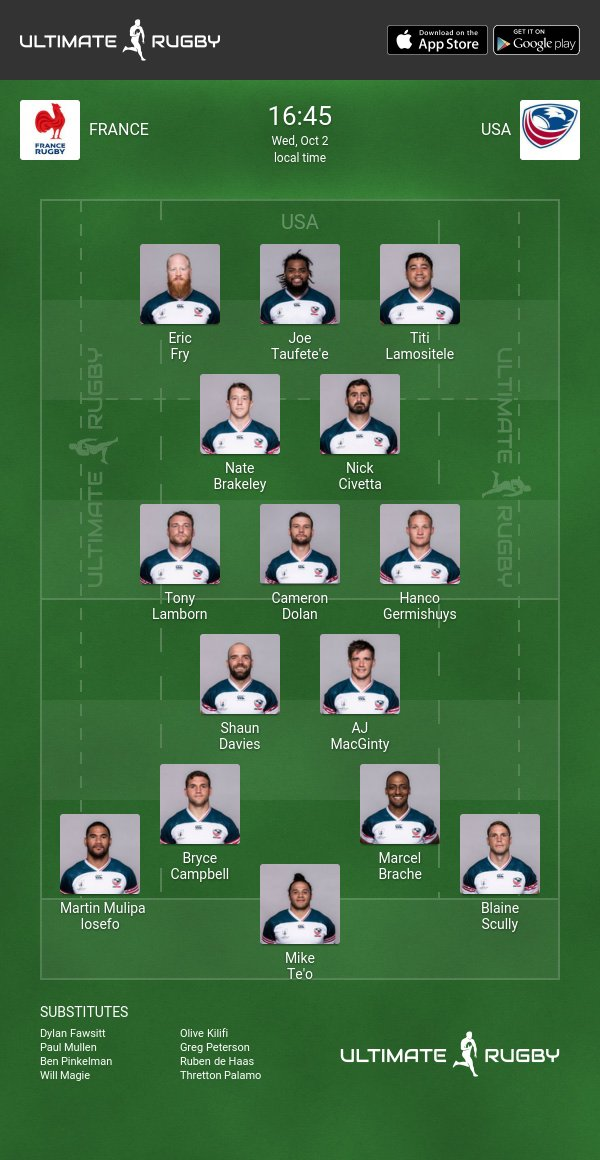 In claiming the hard-fought scalp of Argentina, Lopez played a vital role off the bench, clinching victory with a drop-goal. He comes into XV on Wednesday, starting at fly-half.

Sale Sharks' MacGinty is closing in on becoming USA's second-highest point scorer and, if they are to stand any chance of beating France, they will surely need the Dublin-born fly-half's kicking to be on point.

- USA have won only one of their 42 matches against top tier opposition in the professional era (since 1996), a 30-29 victory against Scotland last year.
- USA led 21-17 at half-time in their last game against France (2004); that 21-point tally was more than they had scored by full-time in any of their previous six meetings, though it was not enough to clinch victory on the day.
- AJ MacGinty (278) needs a tally of just nine points to eclipse Matt Alexander (286) as the second highest point-scorer for the USA in international rugby; only Mike Hercus (465) has scored more than the pair.
- Joe Taufete'e has scored 20 tries in Test rugby, five more than any other front row forward in Test history (Keith Wood – 15), those 20 tries coming in just 24 games.