The Sharks Head Coach, Robert du Preez has announced the names of 45 players that form part of his Super Rugby squad for 2018.

The squad consists of 25 forwards and 20 backs, with 12 of the players capped at Springbok level. There are also host of players that have represented the junior Boks or featured in SA ‘A’ matches.

Amongst the new faces in the team are new signings, Robert du Preez Jnr, Makazole Mapimpi and Leolin Zas. Joining them for the first time in the Sharks Super Rugby squad is Akker van der Merwe, Louis Schreuder, Tyler Paul and Ross Geldenhuys.

Ruan Botha has been named as the Sharks captain for the 2018 season. 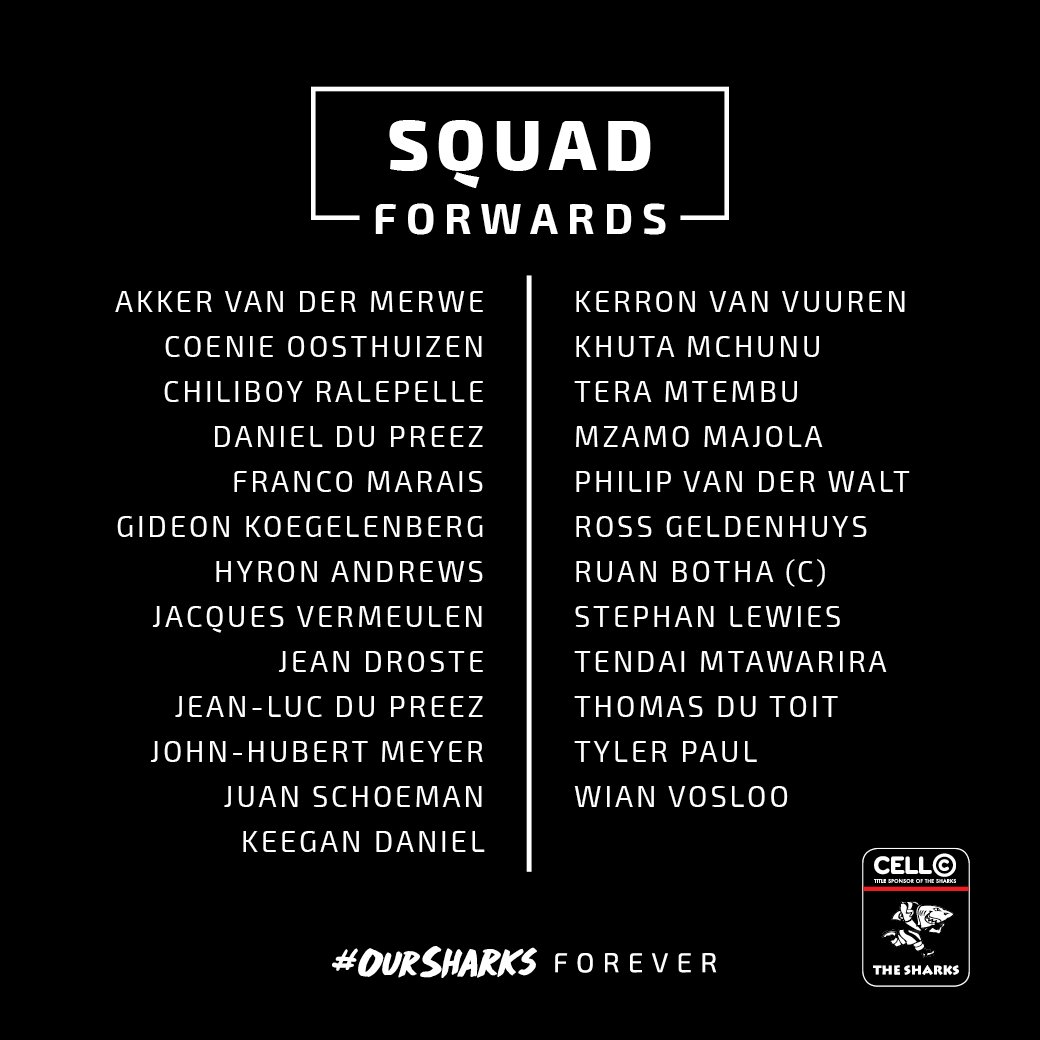 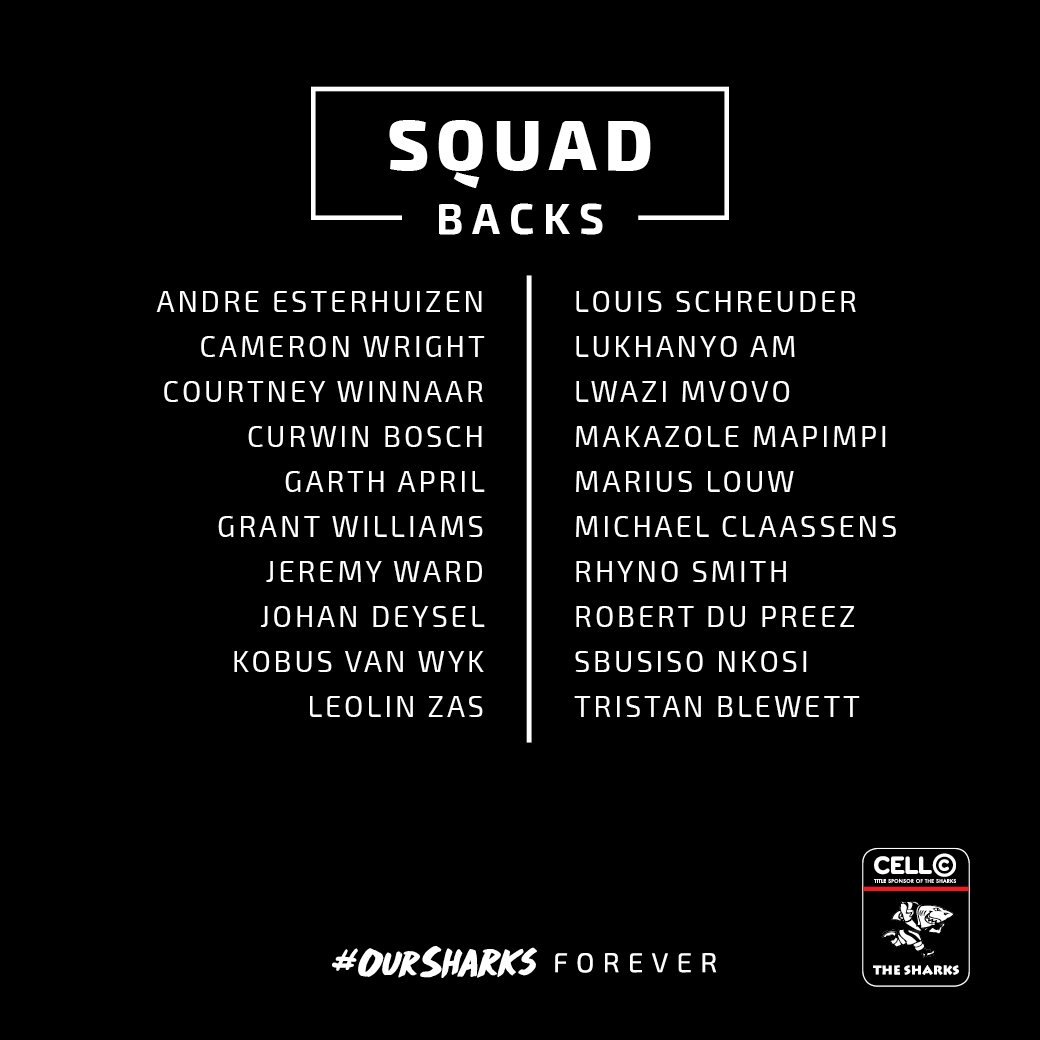