As the Crusaders welcome an All Blacks front row for the first time this season, with Codie Taylor and Owen Franks returning to the run-on side, the Highlanders also have news to celebrate with the return of Ben Smith, who has recovered from a hamstring injury.

We take a look at the Stats & Facts as the Crusaders are set to welcome the Highlanders at AMI Stadium:

1. The Highlanders have conceded just seven penalties per game on average in Super Rugby this year, fewer than any other side.

2. Aaron Smith (Highlanders) has provided 11 try assists in Super Rugby 2019, the most of any player in the finals series and the second most overall (Quade Cooper - 12).

4. The Highlanders have lost six of their last seven Super Rugby matches on the road (W1), conceding an average of 33 points per game in those defeats.

5. The Crusaders are undefeated in 28 successive matches at Rugby League Park.

6. The Crusaders have won five of their last six completed Super Rugby matches against the Highlanders (L1), coming from behind at half time to win two of those matches.

7. Sevu Reece has made 34 clean breaks in Super Rugby this year, six more than any other player, while he’s also scored the most tries in 2019 (13).

8. The Highlanders are undefeated in their last two Super Rugby matches against fellow New Zealand teams (W1, D1), they haven’t had a longer run of such matches without losing since a three-game stretch through March-May 2016 (W3).

10. The Highlanders have not won in Christchurch since 2015.

The winner of Friday's match will next meet either the Hurricanes or the Bulls. 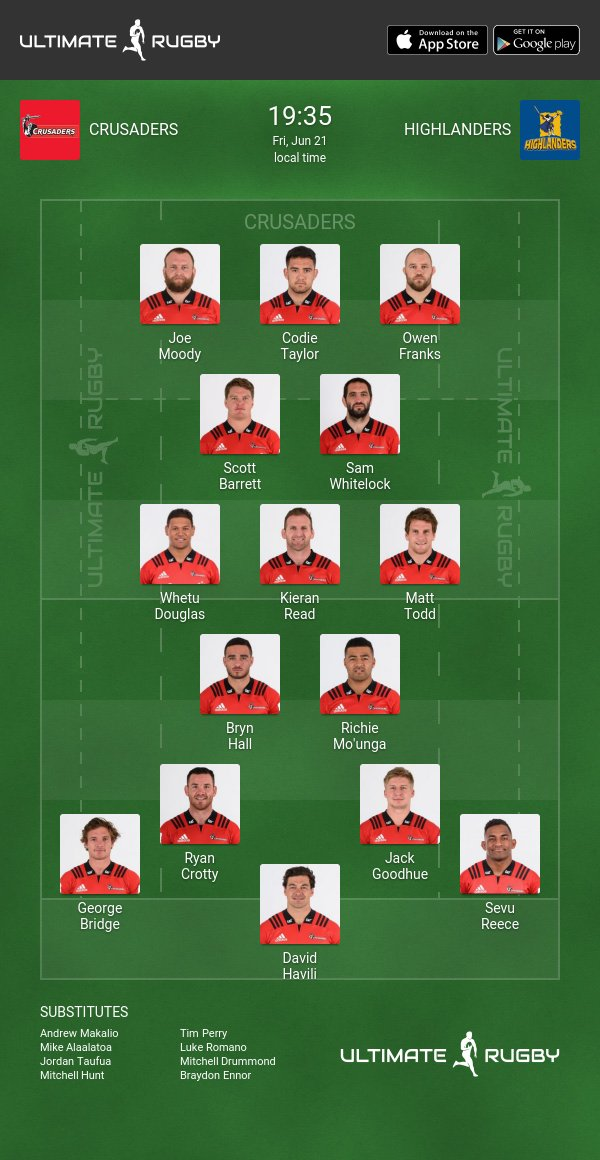 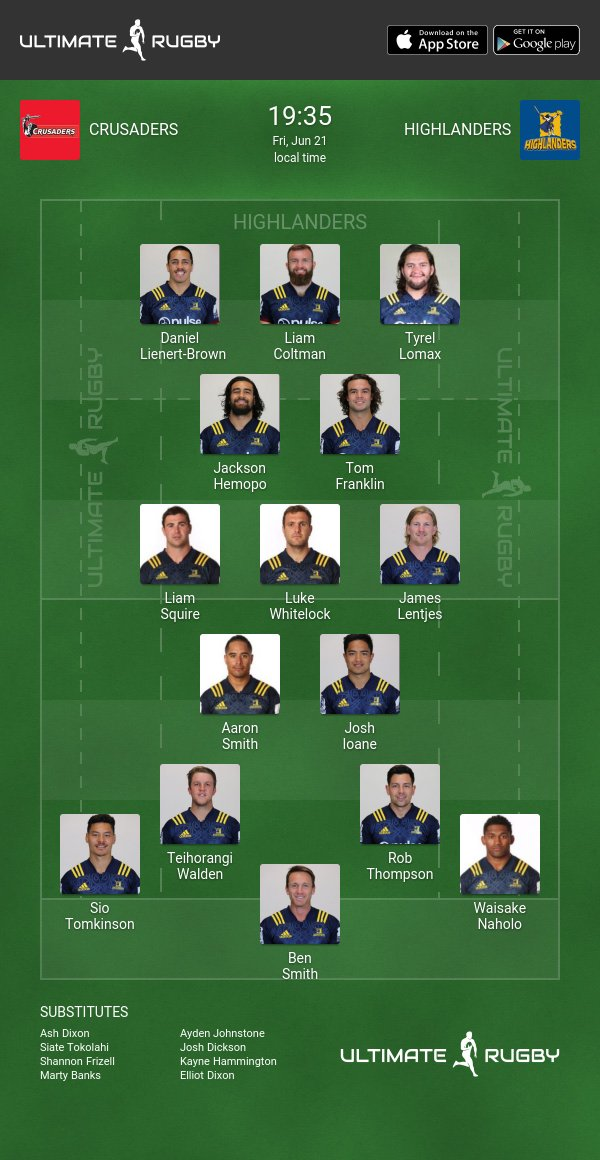