The British and Irish Lions kick off their Tour in South Africa against their namesake The Lions on Saturday at Ellis Park.

Warren Gatland face arguably their weakest opposition in their opening game in the Republic as the Lions finished bottom of the Rainbow Cup and are currently ranked second from bottom in the Currie Cup - albeit after just two rounds.

The Lions are a shadow of the team that reached three consecutive Super Rugby Finals but the side have maintained their attacking brand of rugby and could still entertain on Saturday.

The British & Irish Lions defeated the Golden Lions 74-10 on their most recent tour of South Africa, in 2009 and while a similar margin of victory is likely on Saturday, the hosts may well grab a few tries of their own.

Meanwhile, the tourists have not taken their opening game lightly naming a powerful squad with the biggest talking point being the Finn Russell-Owen Farrel axis at 10 and 12.

We take a look at the Lions who pose the biggest threat to the tourists. 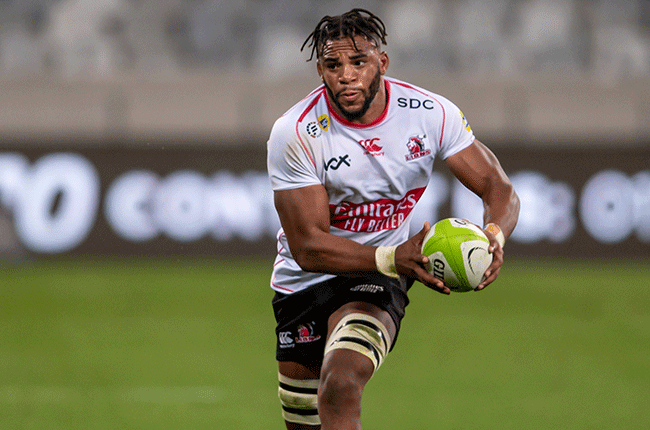 A powerful flanker with excellent footwork, give Tshituka half a gap and he will punish you.

A threat on attack, he is just as effective on defence missing just four of his attempted 44 tackles during the Rainbow Cup season.

He made over 100 running metres from just 35 carries at an average of 3.3 metres per carry.

Tshituka following the play well to burst into the Western Province 22.

The former captain of the Springbok u20 side, Francke Horn, leads the hosts against the British and Irish Lions at the age of just 22.

A hard running and elusive back rower, Horn has been tipped for a bright future in a competitive back row in South Africa.

Horn's journey is a special one as his rugby career was almost over before it began. In 2017, Horn was uncertain if he would be able to play sport again after being diagnosed with a heart condition.

He was diagnosed with myocarditis and after six months of no physical exercise, and a year-and-a-half of trying to get back to his desired fitness levels, Horn went on to represent the U20 Springboks in 2019. Leicester Tigers fans will recognise the name after his stint at Welford Road.

The former South African Schoolboy and u20 star has had a tough run of injuries throughout his career but things seem to be turning around for him at the Lions.

During the Rainbow Cup SA season, Viljoen averaged 12.5 carries per 80 minutes, the most of any player to feature for 200+ minutes in the competition; in fact, only the Bulls’ Elrigh Louw (59) made more carries than the Lions back overall (53).

A solid pair of hands at the back paired with the pace and calmness to spot and take a gap, Viljoen could cause problems for the visitors. The tourists are likely to face off against both the Hendrikse brothers in less than a week with Jordan's older brother Jaden representing the Sharks.

Flyhalf Jordan, starts the tour opener on Friday and while he is in the early knockings of his career - the B&I Lions won't want to underestimate him.

A raw talent at this stage, Hendrikse recently represented the South African u20s against Uruguay having just broken into the Lions senior squad.

Hendrikse's try assist against the Stormers.

With the Lions looking to replace Elton Jantjies, who is set to leave the side permanently, Hendrikse looks to be a strong candidate for a long term replacement. A product of Dale College, PRO14 fans will recognise the name from his time with the Cheetahs.

A finisher with stellar footwork and an incredible turn of pace, Maxwane finished the 2018/19 PRO14 season as the top try-scorer (14 tries).

He linked up with the Lions in 2020 and scored twice in four games during the Rainbow Cup season and dotted down in the Currie Cup recently for the Lions.

Louis Rees-Zammit will be keeping a keen eye on the speedster.