The British and Irish Lions face the Sharks on Wednesday evening at Ellis Park (6pm, BST) in what is their second tour match in South Africa.

While Warren Gatland's side cruised to a comfortable 14-56 victory over the Johannesburg Lions, The Sharks are arguably a far bigger threat to Gatland's charges after finishing second in both the Super Rugby Unlocked season and the Rainbow Cup.

The last time the Sharks and British & Irish Lions met in 2009, the tourists claimed a 39-3 with the hosts playing out the game without their Springboks - much like Wednesday's encounter. In fact, the last time the side from Durban managed to topple the tourists was back in 1924 with the Lions winning the other 10 encounters.

The Sharks pose a far greater threat on attack than the Lions did with Sean Everitt's side averaging more metres (409) and breaks (11) per game than any other side in the Rainbow Cup SA despite averaging the fewest carries (90). The Sharks had the strongest scrummaging unit in the competition winning 91% of their own feeds but will be without first-choice props Ox Nche and Thomas du Toit for the clash.

Here are the five players who pose the biggest threat to Gatland's charges. 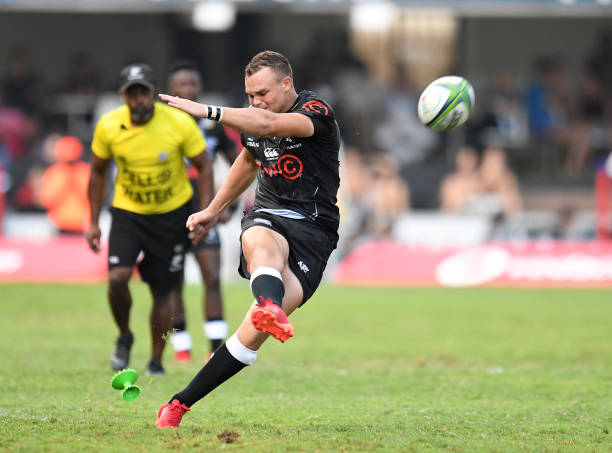 Two test cap flyhalf Curwin Bosch will be out to prove a point on Wednesday evening.

The 24-year-old was in fine form during the 2020 season before COVID hit the Super Rugby season and while he has endured a slight dip in form, if the Sharks are to upset the Lions their game will rely heavily on the pivot.

Bosch has a cannon of a right foot that is equally accurate off the tee and around the park. He will be looking to pin the Lions back in their own half and don't be surprised to see him attempt the odd drop goal or two - even from distance.

A couple of clutch kicks in the final minutes here from your Player of the Week Curwin Bosch as he lifted the @TheSharksZA over the line.#PlayerOfTheWeek #SuperRugby25Years #SuperRugbyUnlocked pic.twitter.com/jz51pROrvU

Back in Durban, Bosch will happily line up an attempt at goal from inside his own half and could add a few metres on that on the highveld.

The Sharks flyhalf is a well-rounded player, who does frailties on defence, but given half a chance he will rip through the defence or put a teammate through one. The Sharks have banked on a Springboks' styled 'Bomb Squad' on the bench with a 6-2 split and young prop Mchunu will be keen to impress against the Lions. Back in March of this year, Mchunu caught the headlines when he scored this fantastic long-range try against the Lions (the South African one). He has even caught the attention of former Springbok prop Tendai 'Beast' Mtawarrira.

Or, as the Beast himself called him: #Beast2.0 pic.twitter.com/gaSSb1d8zh

It's not all-out attack for the young prop who is an astute scrummager and he will be put to the ultimate test with Tadhg Furlong set to line up against him off the bench. Thaakir Abrahams is going to be a handful for the Lions if he gets the ball, here is what he did to Western Province last Wednesday 🕺 #LionsRugby pic.twitter.com/OX8gqazabg

Still in the early knockings of his career with the Sharks, the 21-year-old is a benefactor of the Sharks' test wingers Makazole Mapimpi, Sbu Nkosi and uncapped Yaw Penxe. Many South African fans were surprised to see Jaden Hendrikse's name omitted from the Springboks squad announcement with his clubmate Sanele Nohamba earning a call up despite the former regularly starting for the Sharks.

Jaden's brother Jordan featured against the British and Irish Lions at flyhalf in the tour opener and now Gatland's side faces off against the scrumhalf Hendrikse.

Like many scrum-halves, Hendrikse is a tough and cheeky customer who enjoys taking on the defence and is great support runner from line breaks. 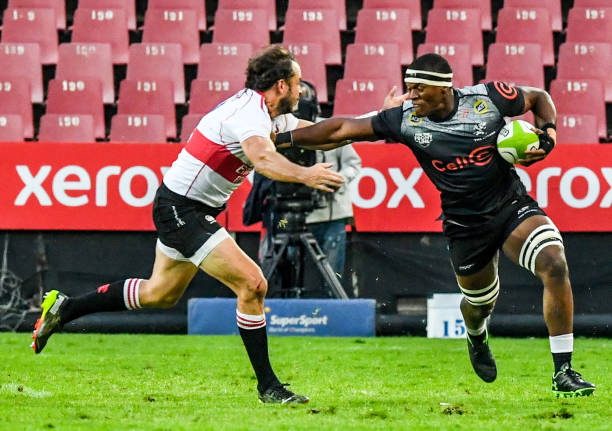 A former captain of the SA u20s, Buthelezi captains the Sharks against the British and Irish Lions at the age of 22.

Highly rated in South Africa, Buthelezi was a schoolboy star and quickly rose through the ranks at the Sharks.

A hard-hitting defender, Buthelezi is excellent with the ball in hand and is able to cut through defences with his footwork and pace.