Warriors have made Samoa international wing Ed Fidow their fifth new signing for next season.

Fidow,25, will join Warriors from French Pro D2 club Provence during the summer on a two-year contract with his arrival co-inciding with the departure of Bryce Heem who has confirmed that he will not be signing an extension to his contract which expires at the end of the season. Full story
Reports: Georgia in talks to join the Pro 14 Georgian rugby is in talks to join the Pro14 in a bid to break into the top tier of the international game, reports BBC.

Following the PRO14’s expansion that saw the inclusion of the Cheetahs and the Southern Kings two years ago, Georgia head coach Milton Haig is now hopeful that some sort of Georgian franchise could be involved in the competition. Full story

Bedford Blues have announced that three more members of the current squad have agreed new deals to remain at Goldington Road next season.

Back row Oli Curry, centre Lewis Robling and scrum half James Lennon have joined Ryan Hutler, Rich Lane, Alex Penny and Sean McCarthy in committing their future to the Blues for the 2019/20 campaign.

Northampton Saints have confirmed that front-row duo Paul Hill and Reece Marshall have put pen to paper on contract extensions with the Club.

The pair have notched up 117 appearances in Black, Green and Gold between them, and are both enjoying an excellent 2018/19 season so far having featured regularly for Chris Boyd’s side. Read more Saracens have confirmed that former Springbok flanker Schalk Burger will leave the club at the end of the season.

A Rugby World Cup winner and the 2004 World Player of the Year, the 35-year-old Springbok leaves Allianz Park having made a great impact on and off the field.

He has enjoyed success in north London – the 2017 European Champions Cup a particular highlight for the South African – but his want to engage in conversation with the Sarries academy players to further their development has been clear for all to see. Full story 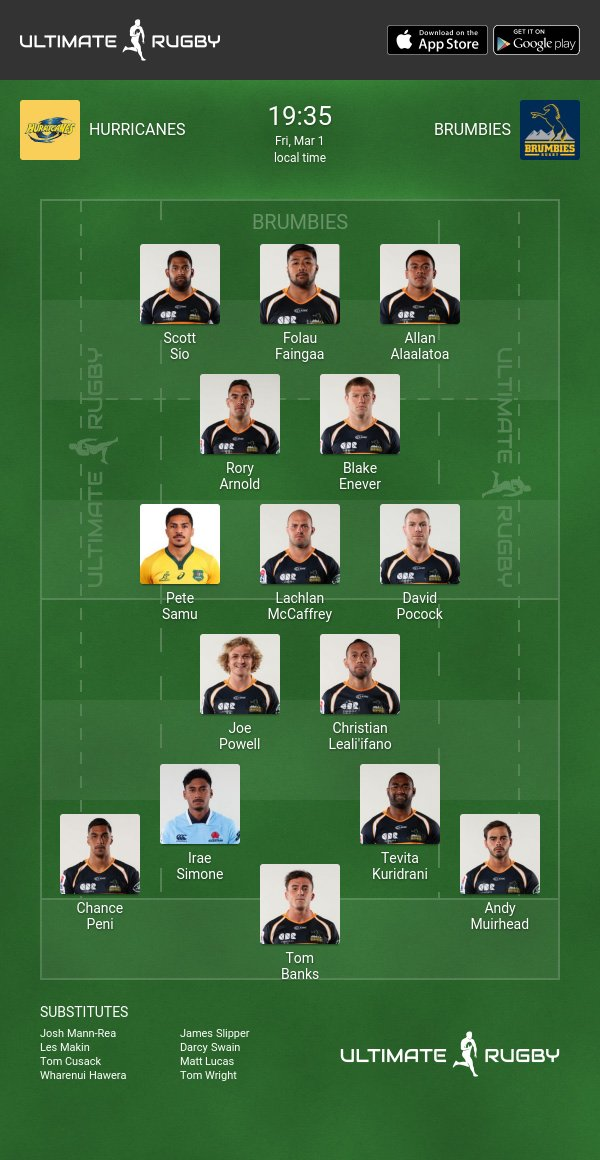 Brumbies boss Dan McKellar has made four changes to the side that beat the Chiefs in stunning fashion at GIO Stadium last Saturday night.

2019 recruit Pete Samu is set to make his run on debut for the Brumbies at six, alongside David Pocock who is fit enough to rejoin the starting XV named to take on the Hurricanes in Palmerston North.

In what is a clear indication of the Brumbies strength and depth, Wallabies bookend Scott Sio comes in for James Slipper at loosehead prop having gained some match fitness off the bench the past two weeks.