France have confirmed their 31-man squad for the #RWC2019 🇫🇷 Thoughts?🤔

Back rower Louis Picamoles will participate in his third World Cup having featured in 2011, 2015 and will retire from international rugby after the competition.

Picamoles has been preferred over Francois Cros who has missed out completely. Saracens have confirmed that Springbok and Stormers utility back Damian Willemse has signed with the club on a short-term deal.

This is the fifth consecutive Rugby World Cup for Georgia, which will be the fourth for two players selected in the squad – Georgia’s all time try scorer Mamuka Gorgodze, who retired from international rugby and returned as squad needed him for the tournament and Georgian centurion Davit Kacharava, who has 115 caps behind his back. The Sharks have confirmed that Currie Cup Head Coach, Sean Everitt will head up the Sharks coaching team for the 2020 Super Rugby tournament.

He will be assisted by backline/attack coach David Williams and the new addition of the highly regarded Brent Janse van Rensburg, as forwards coach, from the Griquas.

Nick Easter, the current forwards coach, has opted to return to England to further his coaching career closer to home. The Exeter Chiefs back was struck down with appendicitis in another World Cup injury scare as he was rushed to hospital last Wednesday - just hours after arriving in Treviso.

Nowell has not played since injuring his ankle in their Premiership final against Saracens back in June but has been included in England’s 31-man World Cup squad. Full story

New Zealand have returned to the top of the World Rankings 🔝

New Zealand have returned to the summit of the World Rankings following Wales' defeat to Ireland at the Principality Stadium in Cardiff.

Wales' short reign at the top of the World Rugby Men's Rankings is over after an 11-match winning home run came to an end with Saturday's 22-17 defeat to Ireland.

The loss saw Wales get one-and-a-half rating points deducted from their total and now find themselves down in fourth place in the rankings with New Zealand, Ireland and England the sides to profit.

The Ireland coaching group have named the 31 man squad that will travel to Japan on the 11th September to compete at Rugby World Cup 2019.

The squad is captained by Rory Best who will play at a fourth Rugby World Cup having been involved in the 2007, 2011, 2015 editions. 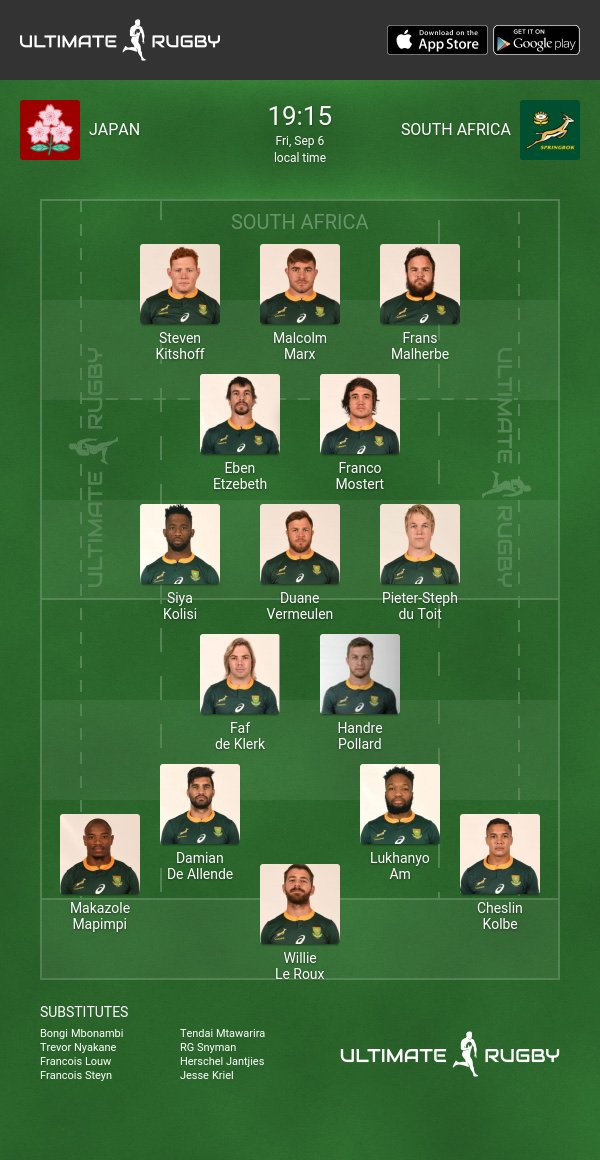