World Cup-winning captain Siya Kolisi is expected to be unavailable for up to six weeks due to a knee injury he picked up against the Hurricanes on Saturday.

Kolisi could miss a large chunk of the Stormers Super Rugby season after he was forced off the field in the 26th minute of the match between the Stormers and the Hurricanes at Newlands on Saturday, after a late tackle from hooker Ricky Riccitelli.

Irae Simone extends Brumbies contract until the end of 2022 Brumbies have announced that Irae Simone has signed a two-year contract extension, committing his future to the club until the end of 2022.

Simone started at inside centre in the Brumbies opening fixture last Friday night, scoring the club's first try of the season.

All Blacks and Blues winger Rieko Ioane, who scored two tries in the loss to the Chiefs last weekend, will be sidelined for several weeks after fracturing a bone in his hand in the Super Rugby season-opener.

The Blues will also be without hooker Ray Niuia, who was ruled out for the season with a knee injury, and prop Alex Hodgman, who suffered a calf tear that will keep him out for several weeks. 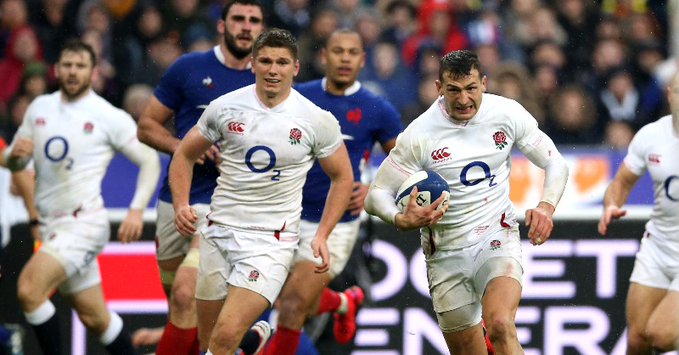 France, Georgia and Portugal all climb the World Rugby Men's Rankings following this weekend's matches in the Six Nations and Rugby Europe Championship.

France have moved above Australia and into sixth place in the World Rugby Men's Rankings – their highest position since June 2017 – after defeating England 24-17 at the Stade de France on Sunday.

The opening round of the Six Nations did not disappoint with some thrilling team and individual efforts on display.

Wales threw down a strong challenge to the rest of the competition with a crushing victory over Italy, Ireland weathered the efforts of a spirited Scottish showing to grind out a seven-point win and the major upset of the weekend was France's hard-fought victory over the English.

The statistics from this round give insight into powerful performances from players across the board.

Still No Finn As Scotland Name Squad For The Calcutta Cup

A 37-man Scotland squad for this Saturday's Six Nations round two Test against England at BT Murrayfield was today confirmed.

Finn Russell is still missing from the squad after the fly-half, 27, had left the squad prior to the 19-12 defeat by Ireland for "breaching team protocol" during a drinking session.

Russell played in Racing 92's win over Castres the weekend prior to the opening Six Nations fixtures. Adam Hastings started at 10 for Scotland in Dublin and successfully kicked four of his five penalties. Man-of-the-match Gregory Alldritt said France were determined to show Eddie Jones they have a fighting spirit in Paris.

Gregory Alldritt says a warning from Eddie Jones added fuel to French fires as they started the Fabien Galthie era with a 24-17 Six Nations defeat of England.

England head coach Jones said a young France side should be braced for "absolute brutality" and to "understand what Test rugby is" at the beginning of their new dawn at the Stade de France on Sunday. Read more Cardiff Blues have boosted their back-three resources with the signing of Bristol Bears wing Ryan Edwards for the remainder of the season.

Edwards, who enjoyed a short spell at Wales’ Capital Region in 2018, arrives with immediate effect to ease concerns in an injury-struck back three. Ireland centre Garry Ringrose has been ruled out of Ireland's next two Six Nations matches against Wales and England after sustaining a broken finger in Saturday's 19-12 home win over Scotland.

Ringrose, replaced at halftime by Leinster team-mate Robbie Henshaw, was pictured following the contest with his left hand heavily strapped.

The IRFU confirmed that the Leinster centre underwent a 'procedure' on his hand and will be out of action until round four of the Six Nations when Ireland take on Italy at the Aviva Stadium. Full story Following stints with the Kubota Spears and Gloucester Rugby, Jaco Kriel has re-joined the Lions on a three-year deal.

The Springboks flank was on the Lions' books between 2010 and 2018, before joining Gloucester at the end of the 2018 Super Rugby season.

Chris Robshaw to leave Harlequins at the end of the season Chris Robshaw has today confirmed that he will leave Harlequins at the end of the season following 16 years at the club.

Robshaw took to Twitter to confirm the news in a statement: