Wales Hopeful Willis Halaholo Returns After 11 Months On The Sidelines

Cardiff Blues centre Willis Halaholo returns from injury this weekend having been named in the side's starting line-up for the PRO14 curtain-raiser against Zebre at Stadio Lanfranchi on Friday (KO 6.00 pm GMT).

The centre has been sidelined since suffering a significant knee injury in a Challenge Cup clash against Leicester Tigers last November.

Halaholo was called up to the Wales squad to face the Barbarians but suffered an injury the game before the clash having just qualified to play for Wales through residency. He is reunited in midfield with Rey Lee-Lo, in a backline that includes six internationals. 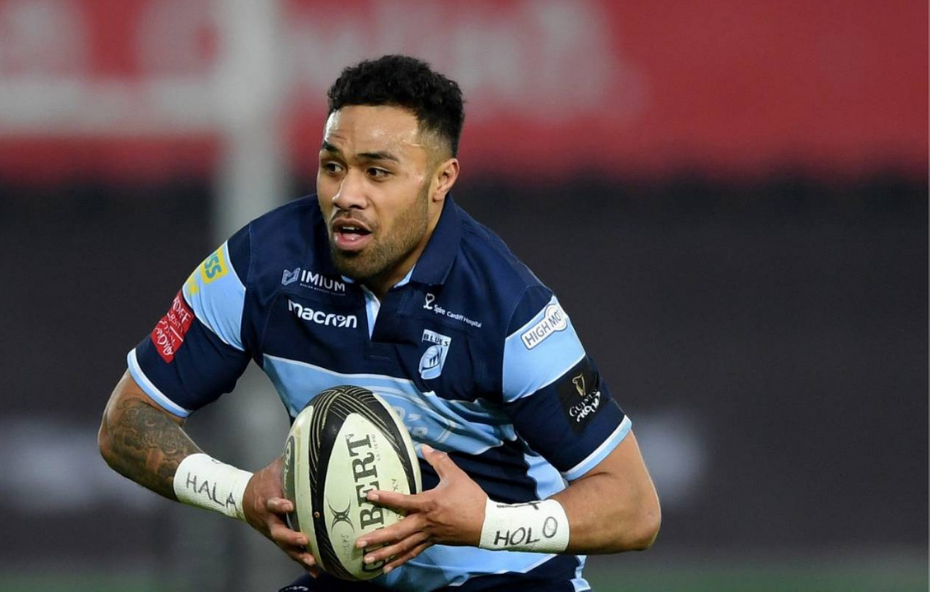 Jarrod Evans and Lloyd Williams combine at half back, while Matthew Morgan and Hallam Amos line-up in the back three alongside Josh Adams, who has been in scintillating form since joining the region, with seven tries in eight outings.

Lock Cory Hill captains the side for the first time since returning to his home region from Dragons over the summer. He partners Seb Davies in the second row, while academy graduates Corey Domachowski and Liam Belcher are included in the front row with Dmitri Arhip.

Shane Lewis-Hughes and James Botham, who both impressed in the victory over Ospreys on the final day of the 2019/20 campaign, are rewarded with starting spots, as the experienced Josh Turnbull is handed the number eight jersey.

John Mulvihill insists he’s picked the side based on form and merit but is expecting a tough task in Parma.

“I’m hopeful that we can take the form that we had against Ospreys into game one and certainly the selection of the team rewards the boys that played well that day,” said the head coach.

““We need to pick on form if we want to be consistent as a group. The coaches need to show consistency in picking players that put their hands up for selection.

“We’re all excited to get out there and to kick off the new season. We gained a lot from the two derbies we played in August, and the boys have been working hard on the training ground, so we want to see that come into fruition on Friday.

“We all know how tough it can be to visit Italy, and you need to travel there with the correct game-plan and mindset.

“Zebre are a team that can cause teams problems on their day, but we’re fully confident in our group. Preparations have been good, the boys have been sharp and focused and we’re relishing the challenge ahead. We want to build early momentum and we have an opportunity to do that in Parma.

“There will be a small home crowd out there, which is fantastic and we’re really looking forward to playing in front of some spectators after everything that’s happened over the last few months. It should be lively and entertaining affair.”

Five academy products are included on the bench, including lock Ben Murphy and Welsh internationals Rhys Carré and Dillon Lewis.

The following players were not considered for selection due to injury: