The selection of hooker Tolu Latu is the only change to the NSW Waratahs’ starting line-up for Saturday's Super Rugby semi-final against the Lions in Johannesburg.

Latu replaces Damien Fitzpatrick, who will be on the bench.

NSW Waratahs Head Coach Daryl Gibson said the inclusion of Latu was a reflection of the type of game the Lions were likely to play.

“This match will be a very physical encounter, particularly with the breakdown and scrum being key battlegrounds. These are areas where Tolu excels. We are expecting a real set piece battle so we need to be good in this area to compete with the Lions’ scrum and lineout,” Gibson said.

Gibson said he did not envisage the Lions changing their game plan.

“I can’t see the Lions changing what has worked for them all season. We learnt a great deal from the last time we played them when they won easily, and when their strengths led them to victory. We have again focused on our defence this week as we see that as key to victory.”

The NSW Waratahs advanced to the final four after turning a 17-point deficit at halftime into a seven-point victory against the Highlanders.
“You cannot look past the support of our loyal members and fans who got the “NSW” chant going and helped our team win that match last week.

And add to that the fighting traits of our team, the way we managed the yellow card period and the excellent tries we scored. We are going into Saturday’s match with the message of not having any regrets,” Gibson added.
Winger Taqele Naiyaravoro is set to play his 50th Super Rugby match. 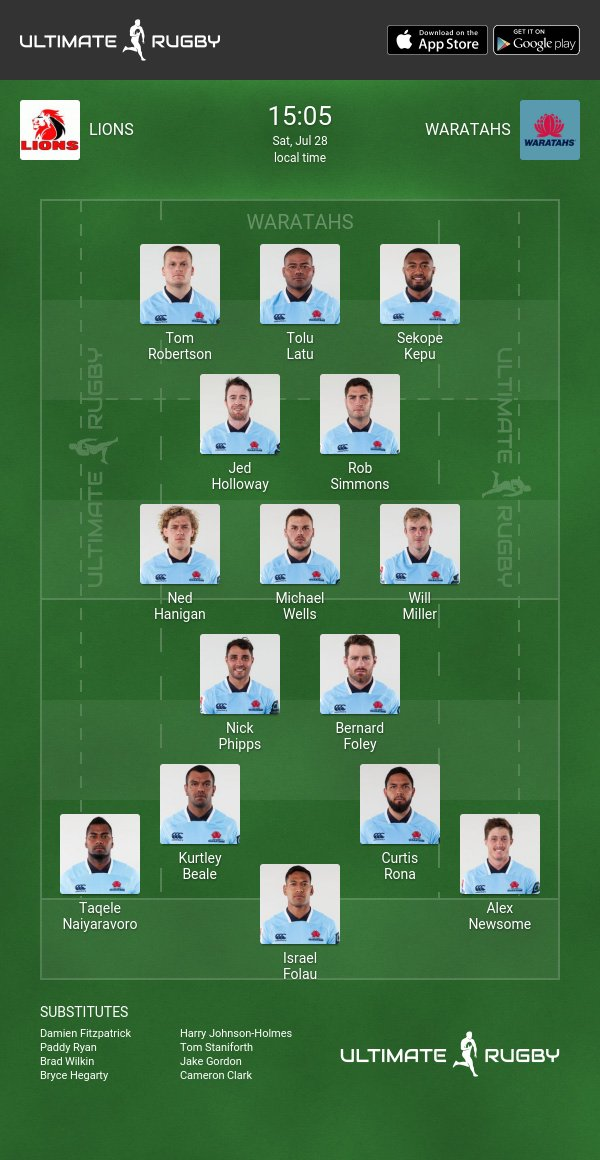