Wallabies veteran Sekope Kepu has today announced he will retire from international rugby at the end of 2019 following the Rugby World Cup in Japan.

Kepu became just the ninth Australian Test centurion when he played New Zealand in Yokohama last year, and the first-ever Australian prop to bring up the milestone. Full story 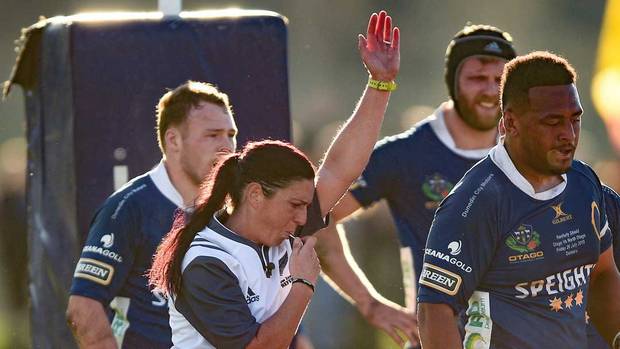 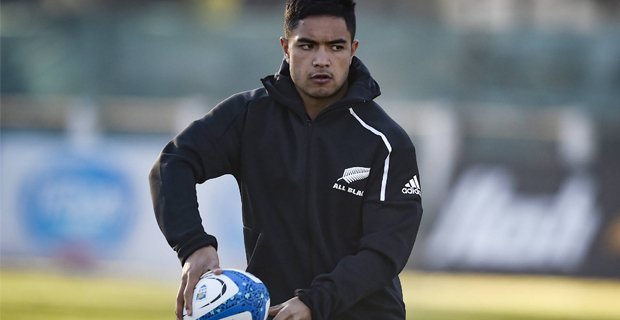 The All Blacks have confirmed that Josh Ioane has joined the side in Hamilton as the team prepares for this weekend’s Test against Tonga.

Ioane was named in the All Blacks’ 39-man squad for the Rugby Championship, and was named on the bench in their season-opener against Argentina in Buenos Aires. 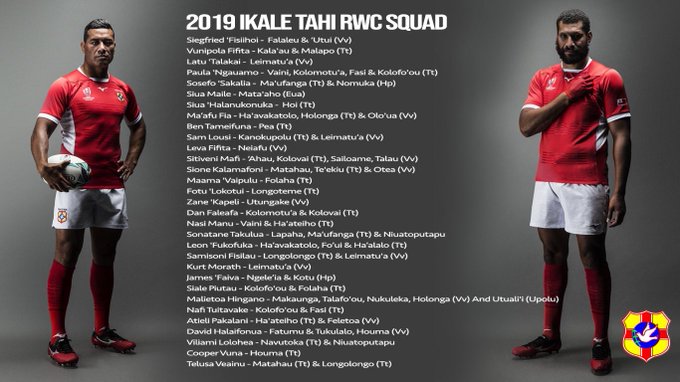 Players from clubs in England, France, Australia, New Zealand, Scotland, USA and Tongan based players will come together to represent Tonga Rugby.

Captained by Siale Piutau, Tonga will face England, Argentina, France and the USA in the battle of Pool C. Warren Gatland believes the quality of the players he has left out of his Wales squad shows they have the strength in depth to win the Rugby World Cup.

Gatland announced his final 31-man selection on Sunday, with Rob Evans and Samson Lee missing out while Rhys Patchell was preferred to Jarrod Evans.

The Wales coach had revealed on the eve of the squad announcement that six positions were still "up for debate" and, on Sunday, acknowledged the difficulty of the decisions he had to make. Read more

Aaron Cruden in line for shock return to Super Rugby Former All Blacks and Chiefs flyhalf Aaron Cruden is in line for a shock return to the Chiefs for next year's Super Rugby season.

The 30-year-old will finish his stint at French club Montpellier later this year and is set to join Japanese Top League club Kobe Kobelco Steelers after that, however Stuff.co.nz has reported that he has a window of free time before that deal commences and that the Chiefs are in advanced negotiations to have him in their squad for 2020. Full story The San Diego Legion have added vastly experienced New Zealander Chris Eves to their front row ranks for the 2020 Major League Rugby season. He arrives as a direct replacement for the departing Paddy Ryan, who will return to Japan to play for the Sanix Blues in the Top League following the World Cup.

Bayonne brought back down to earth by Clermont Bayonne could not follow up their opening-day win over Racing 92 with another Top 14 victory despite an outstanding first half at home to Clermont Auvergne on Saturday.

The newly promoted side had announced themselves back in the top flight with an impressive maiden triumph and it initially appeared as though they would make it two from two this week. A thrilling draw, amazing fightbacks and glimpses of stars of the future - the opening round of the NRC had something for everyone as the Super Saturday quadruple-header played out across the country.

NSW Country burst out of the blocks to start a scoring spree in the opening match that ended with almost 100 points notched up in Perth in an entertaining round of competition which showcased many of the best young stars of the sport.

Fresh from their success at the World Rugby U20 championships in Argentina earlier this year, many of the Junior Wallabies showed signs they are set to emerge as stars of the open ranks, with Canberra's Noah Lolesio, Brisbane City's Isaac Lucas and Queensland Country's Harry Wilson among the stars of the opening round.

Scotland earned their first away Test win for 14 months against Georgia, with Rory Hutchinson impressing on his full debut.

Rory Hutchinson scored two tries on his first Test start as Scotland cruised to a 44-10 victory over Georgia in their Rugby World Cup warm-up match in Tbilisi.

In the last game before coach Gregor Townsend names his final squad of 31 on Tuesday, Hutchinson boosted his chances of tournament selection with a fine display that helped Scotland to their first away win in 14 months.

Wales 17-22 Ireland: Stockdale at the double in improved Irish display Jacob Stockdale scored twice as Ireland improved to beat Wales in a hard-fought affair in Cardiff on Saturday, ahead of the Rugby World Cup.
Ireland bounced back from last week's dismal defeat to England with a much-improved display and a 22-17 win in Wales in their latest Rugby World Cup warm-up.

Jacob Stockdale scored twice in the first half to secure bragging rights for the Irish in the first match of a double-header between the sides across consecutive weekends.  Read more Tusi Pisi will make his third World Cup appearance at the age of 37, while prop Michael Alaalatoa will complete a compelling family story after both were named in Samoa's squad on Saturday.

Pisi played in both the 2011 and 2015 tournament and is still playing professionally in Japan. He played with two of his brothers Ken and George at the last World Cup in England.

Former All Blacks Sevens player Tim Nanai-Williams has also been named for his second World Cup after he switched nationality through an Olympic qualifying loophole ahead of the Rio Games. Full squad France gave coach Jacques Brunel plenty of food for thought ahead of the Rugby World Cup as they thumped Italy 47-19 in Paris on Friday.

A seven-try show from the home side masked disappointing spells in the game for France, who do not yet look like a side that could challenge for glory at the global tournament in Japan. Read more