Toulon have announced that former All Black fly-half Luke McAlister will be joining the club from Toulouse next season with the 33-year-old having joined Toulouse in 2011.

McAlister helped to Toulouse to a trophy in his first season with the club winning the Boucier de Brennus.

The 30 test international scored 153 points for the All Blacks from 2007 to 2011 and made over 50 appearances for the Blues in Super Rugby. 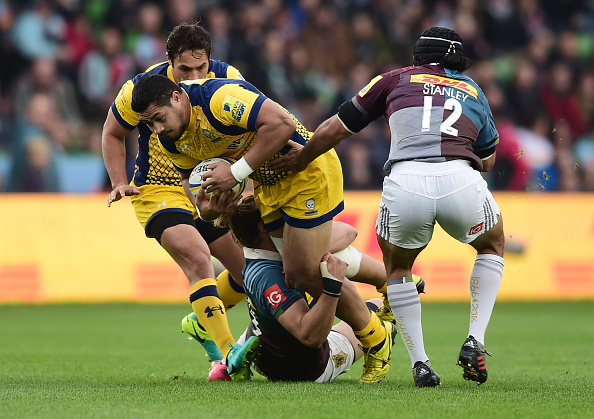 Faosiliva spent much of his early career on the international Sevens circuit and was part of the Samoa side which won the IRB Sevens World Series in 2009/10.

He has won 21 international caps for Samoa and made two appearances for his country at the 2015 Rugby World Cup. 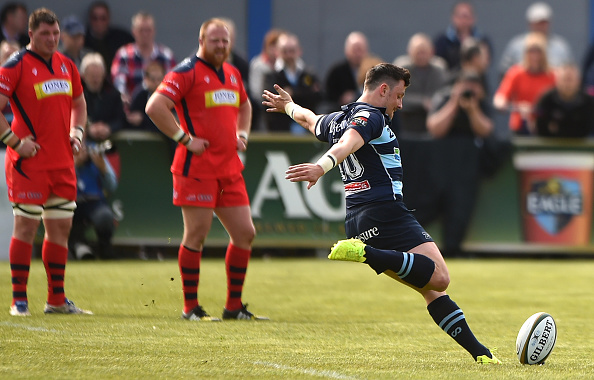 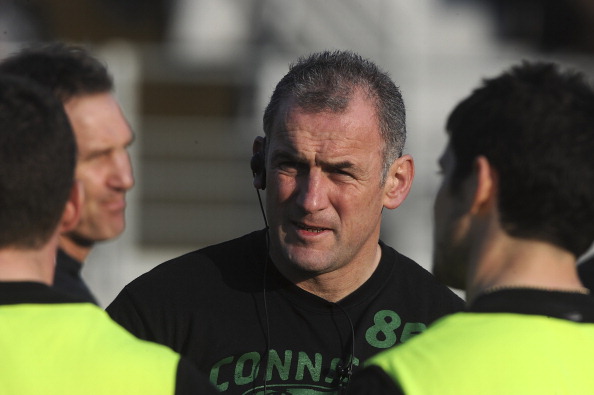 Connacht Rugby and the IRFU have confirmed that Eric Elwood has been appointed to the role of Academy Manager for the province.

Elwood held the role of Domestic Rugby Manager with Connacht for the past two years will take over from Nigel Carolan who has joined the senior squad as the backs coach. 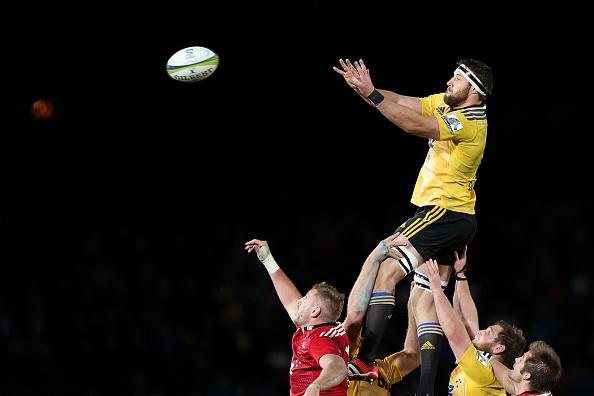 Like a bear attack, if he hits you then play dead or it's curtains 🐾

A rhino with a mouthguard 💪

He could win Hunger Games before lunch, in flip flops while drinking a coffee - @TitiDusautoir 🇫🇷 💪#rugby #rugbyunited 🏉 pic.twitter.com/lVuFOjegRv 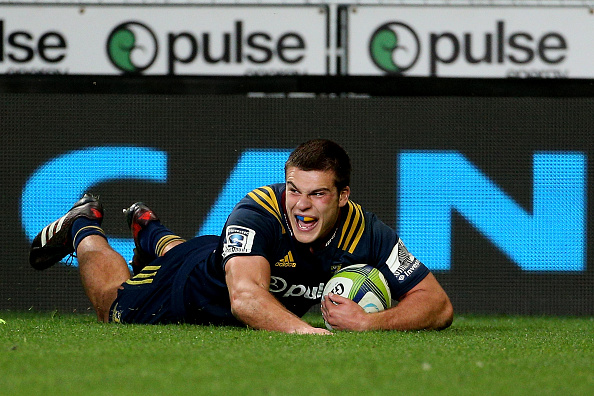 The Highlanders thrashed the Stormers 57-14 in a one-sided round 10 Super Rugby encounter. The Stormers opened the scoring with an early try, but it was all Highlanders thereafter as they managed to cross for five unanswered tries for an emphatic 31-7 lead at the break. The hosts ran in a further four tries in the second half, while the Stormers could only manage a single score of little consolation as the Highlanders secured a resounding victory. 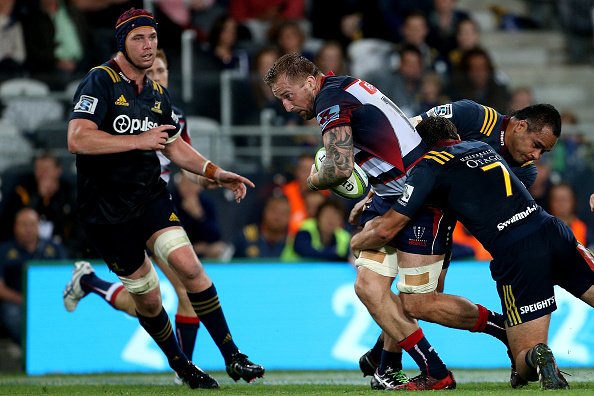 Having made his Wales debut against Ireland in Cardiff in 2015, the former Scarlets and Bath star will join the north Londoners on a two-year deal from Australian Super Rugby side Melbourne Rebels. 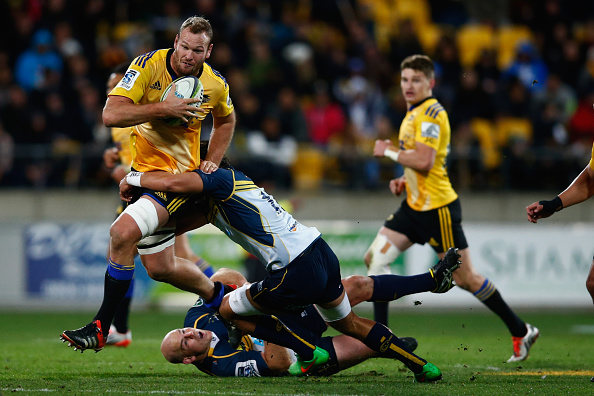 Broadhurst retires with an impressive playing resume including earning a test cap against South Africa at Ellis Park in Johannesburg in 2015 where he was part of a 27-20 All Blacks victory.

He also played 71 matches for the Hurricanes, 20 for Canterbury, and 55 for Taranaki, including starting in every match during their run to the Mitre 10 Cup national Premiership title in 2014.

Read the full story here and follow the match here 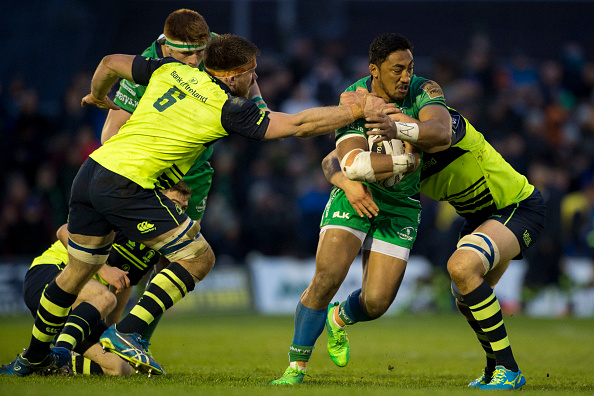 Connacht centre Bundee Aki has been suspended for three matches following a misconduct complaint by referee Ian Davies during his side's clash with Leinster earlier this month. 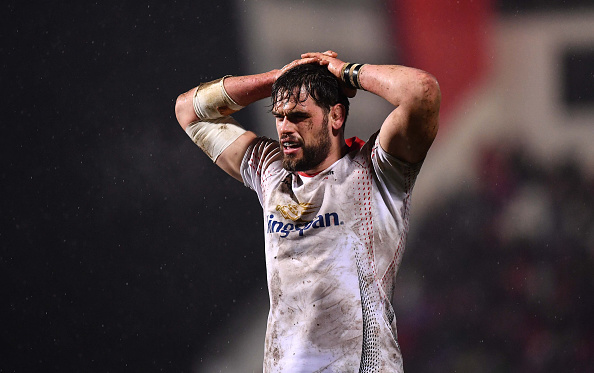 Back row forward Clive Ross, lock Alan O'Connor, and scrum-half Dave Shanahan have all signed contract extensions that will keep them at Ulster Rugby until the summer of 2019, while hooker John Andrew has agreed on terms to stay with the Province until 2020. 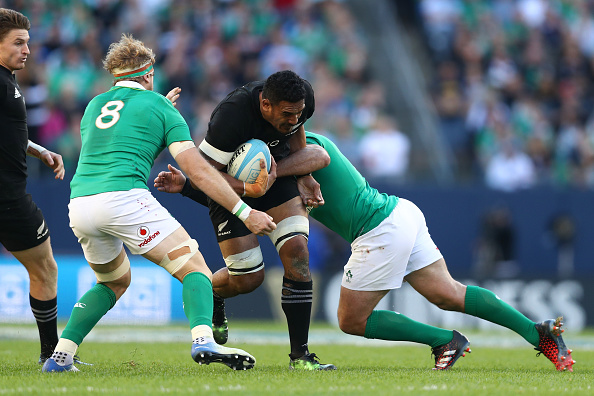 Jerome Kaino will have a minor operation on a meniscus tear in his knee on Friday. The All Blacks loose forward suffered the blow against the Hurricanes.

He is expected to be out for anywhere between four to six weeks. 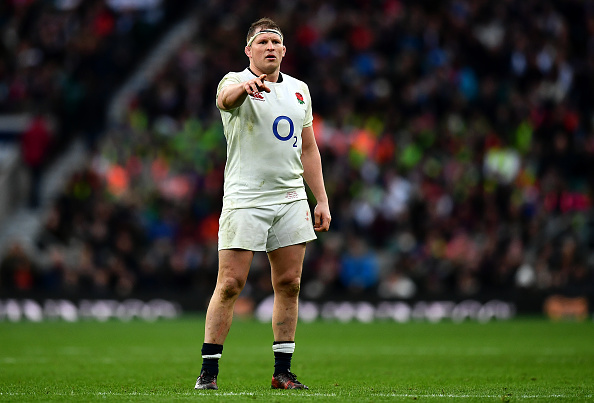 Nine players were additions to the 2013 Tour - we pick out a starting XV from the best players who will be eager for the call-up in June. 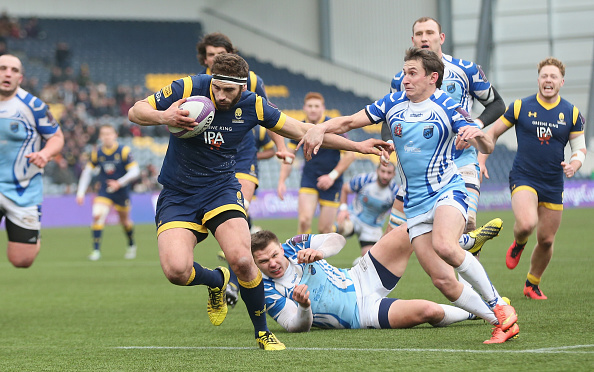 Warriors centurion Sam Betty will retire from rugby at the end of the season when his contract at Sixways comes to an end.

The flanker joined Warriors from Cornish Pirates in 2011 and has made 120 appearances during his time at Sixways. He was instrumental in the Club's promotion-winning Championship season in 2014/15, scoring 18 tries in 22 appearances. 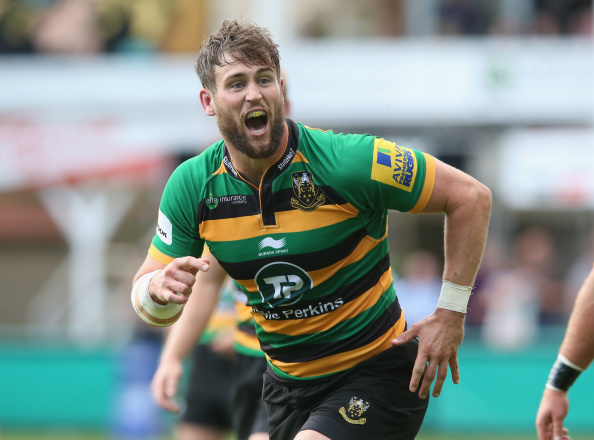 Jonathan Fisher, by mutual agreement with Bristol Rugby, has opted to take time out to assess his playing career following ten years in the top flight.

The 28-year-old  made ten appearances for Bristol since joining in the summer, has not featured for the Club since sustaining an injury in December.

Four new props join the club ahead of pre-season training in June, joining two members of the existing squad who will be extending their time with the Reds.

Find out more on the players here 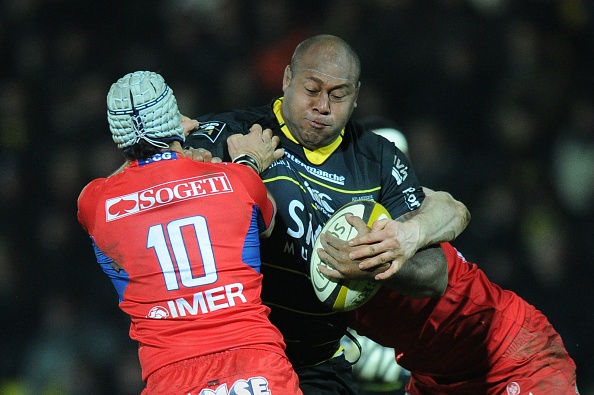 Nailiko was cited for striking the Gloucester player, Richard Hibbard, in the 45th minute of the match in contravention of Law 10.4 (a).

Yorkshire Carnegie second row Dean Schofield has confirmed he will retire from the game at the end of the current season ahead of the start of the Championship play offs this Friday.

Capped twice by England on their 2007 summer Tour of South Africa, the second rower was part of the England Saxons squad for the 2009 Churchill Cup.

Read about what he had to say about the decision here

Benetton Rugby has announced that Luca Morisi has agreed on a contract extension with the club.

Morisi made his mark with club side the Crusaders before he was called into the Italy national squad for the 2012 Six Nations and made his debut against England.

Luca now has racked up 48 appearances for Benneton and had this to say on the announcement of the renewal: "I am happy that the club has confirmed to me that despite my difficult time, fortunately, I can say to be in a large corporation. I can not wait to be able to repay all the trust they have given me and finally find the continuity that I miss." 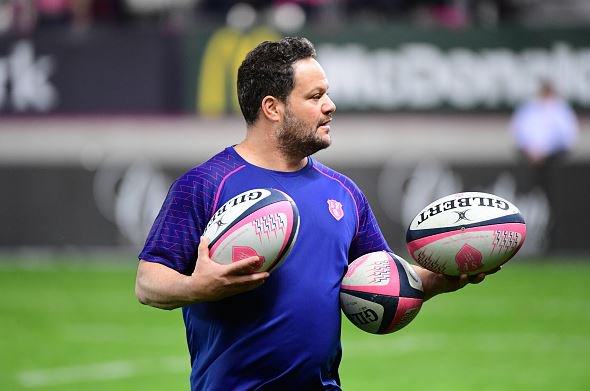 The South African has been assisting as a consultant at Sixways but will make a permanent move to the Club at the start of next season.

Simon Cross now becomes Breakdown Coach while the arrival of Mouneimne sees him reunited with former colleague Gary Gold, whom he spent time alongside at Super Rugby outfit the Sharks. Harlequins have confirmed that Ross Chisholm and Charlie Mulchrone have re-signed for the Club.

Ross Chisholm is a versatile back three player who has made close to 80 appearances for the Club since his debut in 2009. The 26 year-old has scored 17 tries.

Mulchrone joined Harlequins ahead of the current season from Worcester Warriors and has made 15 appearances for the Club since his debut against Wasps.

Warriors Academy graduate Andy Short has been forced to hang up his boots at the age of 26 due to a recurring hip injury.

Dane Haylett-Petty and Ben McCalman ruled out for the Force

Western Force duo Dane Haylett-Petty and Ben McCalman have been ruled out following the injuries they picked up against the Chiefs on the weekend.

Haylett-Petty is set to miss at least a month after tearing his hamstring, while McCalman has been ruled out indefinitely while he battles an ongoing shoulder issue. 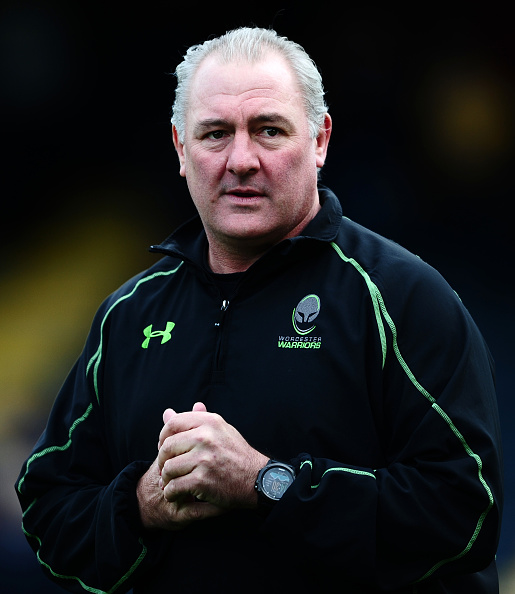 Warriors have confirmed that Gary Gold will become the Club's permanent Director of Rugby after signing a new contract to remain at Sixways until at least the summer of 2018. 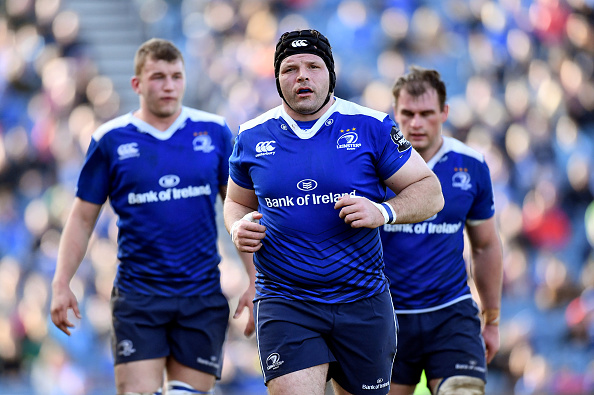 Mike Ross has this morning confirmed that he will retire from rugby at the end of the season. 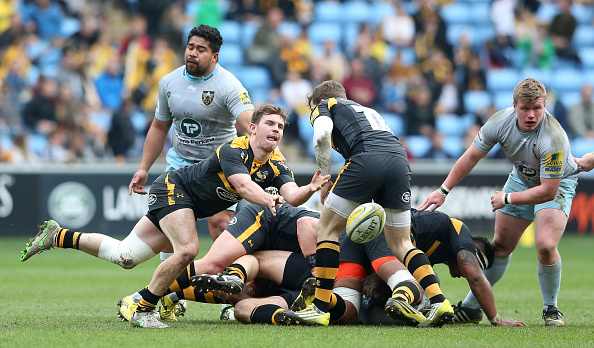 The scrum-half has spent five seasons with English-side London Scottish but after suffering a number of injuries to his knee the 24-year-old has been forced to hang his boots up following advice from a specialist. 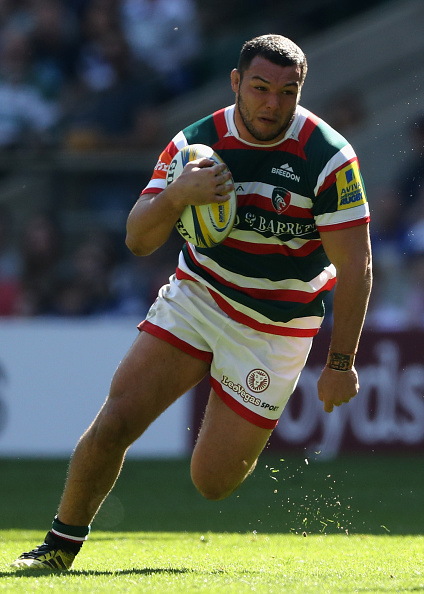 22-year-old Genge arrived at Tigers during the closing months of 2015/16, initially on loan before making the move from Bristol permanent at the start of this season. 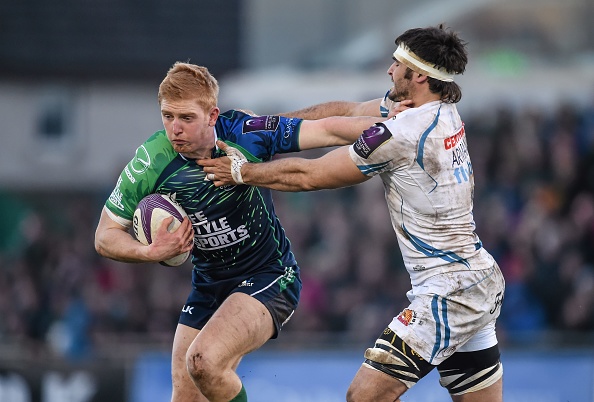 Connacht Rugby and the IRFU have confirmed the contract extensions for local players Eoin McKeon and Darragh Leader.

Sion Bennett will remain at BT Sport Cardiff Arms Park next season after agreeing a long-term deal with the region. 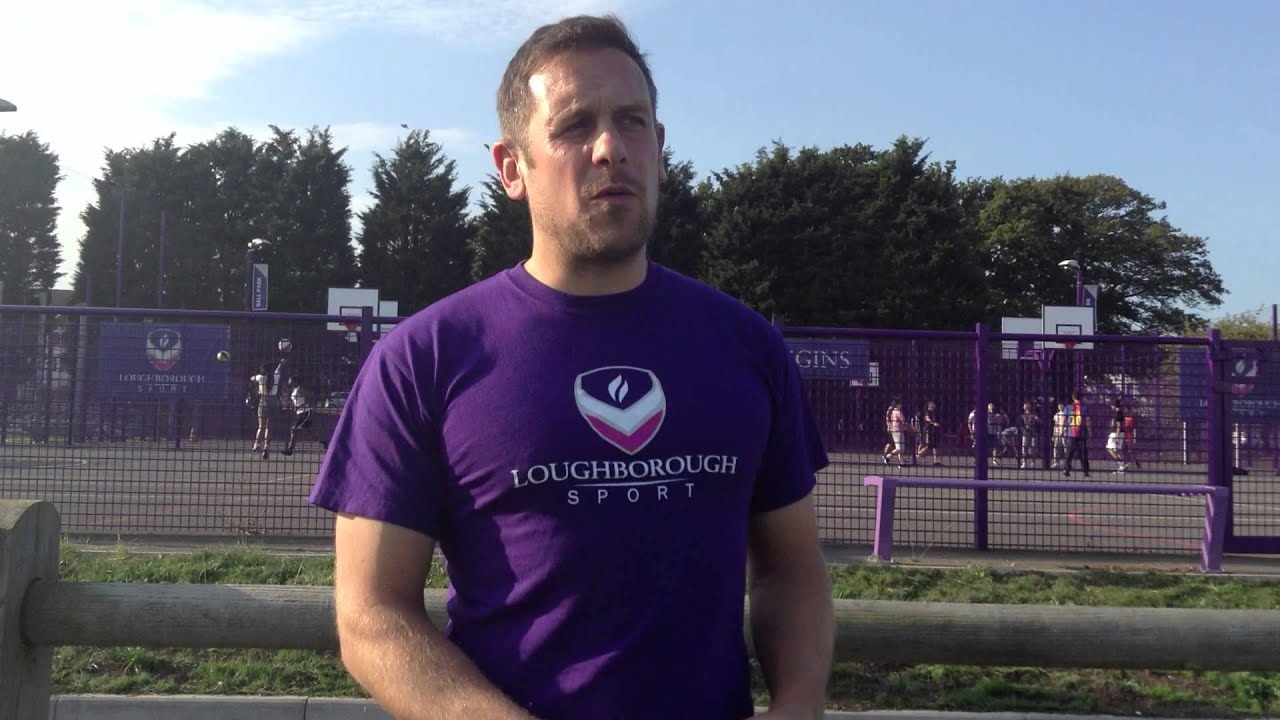 London Scottish have confirmed that Dave Morris has been appointed as the new Director of  Rugby for the 2017/18 season.

Morris has been with Loughborough Students for 11 years after taking over in 2006 and will now swap Leicestershire for London as he starts a new challenge in Richmond. 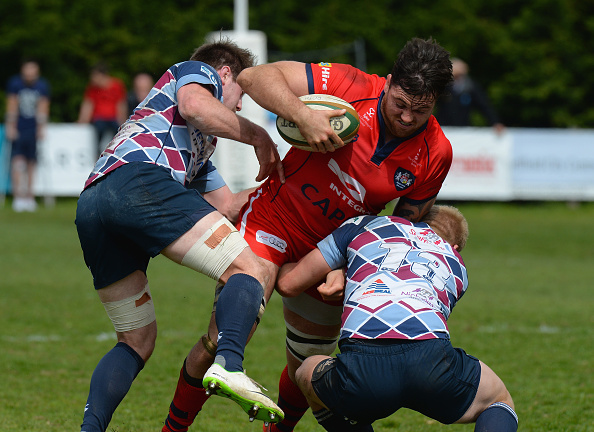 All three have played important roles in Ben Ward's side's progress to the Championship play-offs and the British and Irish Cup semifinals. 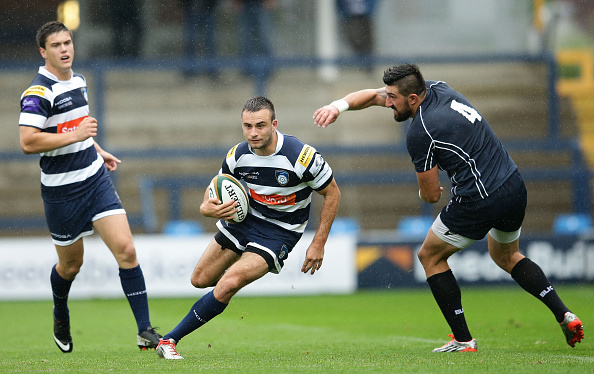 Yorkshire Carnegie centre Pete Lucock has agreed a new one-year contract with the club ahead of this Friday's Championship semi-final first leg. 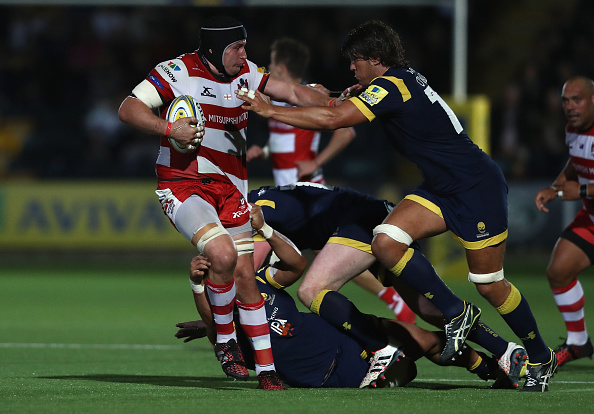 Worcester Warriors have announced that British & Irish Lion Donncha O’Callaghan has signed a new deal with the Club.

O’Callaghan, 38, captained the side for the first time in January against Enisei-STM in the European Challenge Cup, and was soon handed the armband by new Director of Rugby Gary Gold in the Premiership, leading Warriors to a memorable win over Saracens in February. 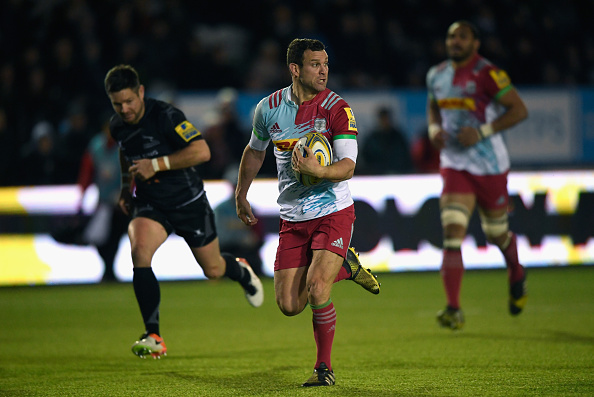 Karl Dickson to retire at the end of the season

Harlequins scrum-half Karl Dickson has announced that he will retire from at the end of the current season.

On announcing the news, the 34-year-old said: “It is with a heavy heart that I have decided to hang up my boots at the end of the season. The time is right for me and I feel very lucky to be able to make this decision on my own terms.

“I am able to look back at my playing career with great pride and I will cherish the memories that Harlequins has given me, both on and off the field. 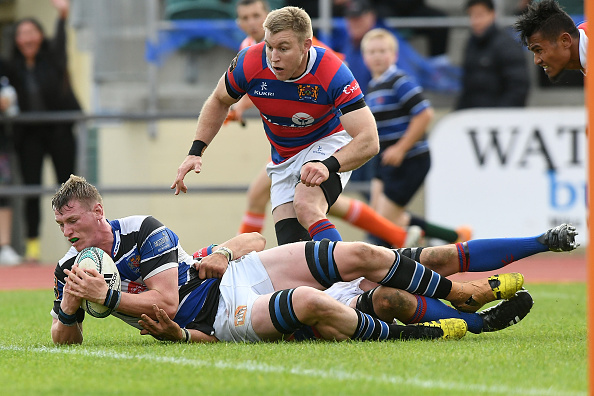 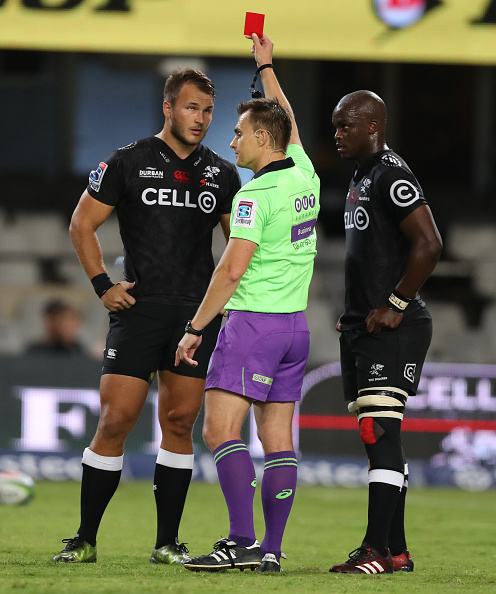 Andre Esterhuizen was found guilty of lifting a Player from the ground and either dropping or driving that Player's head and/or upper body into the ground and has been suspended for 6 weeks. 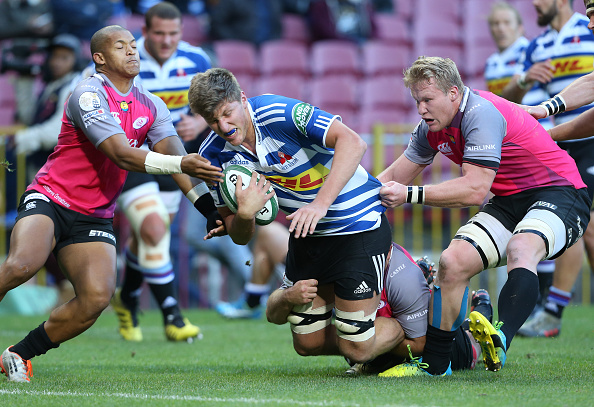 Both Dan du Plessis and Cobus Wiese are on their way home due to shoulder injuries sustained against the Crusaders in Christchurch and will be surgically assessed in Cape Town.

Chiefs half-back Finlay Christie has been suspended for three weeks after stamping on an opponent during a Super Rugby match at the weekend.