Wallabies coach Dave Rennie has confirmed the squad for Australia’s end of year Tour to Japan and the United Kingdom.

Fresh off the side’s second place finish in the eToro Rugby Championship, Rennie has selected a familiar squad as well as some European-based Wallabies who will join the group in the UK.

Rugby World Cup squad members from 2019, Rory Arnold and Tolu Latu, will join their fellow French-based forward Will Skelton as new members of the 2021 group. The latter last representing the Wallabies in 2016.

The Wallabies recorded their fourth consecutive win last weekend on the Gold Coast and are again bolstered by the added experience from Japan-based trio Quade Cooper, Samu Kerevi and Sean McMahon, who all feature in the 37-man squad.

Backs Andrew Kellaway and Len Ikitau will continue their impressive debut International seasons with the side set to face Japan for the first time since 2017, when they meet in Oita later this month before travelling to Europe since 2018.

A number of younger Wallabies will remain in Australia to continue their development and complete full preseasons with their Super Rugby clubs. The group will depart from Australia on Wednesday before the first Test of the Tour against the Brave Blossoms in Oita on Saturday October 23.

Wallabies coach Dave Rennie said: “Firstly we're extremely grateful to be able to represent Australia on the world stage in the current environment and that's something that's not lost on this group."

"We've been building as a squad over the past 18 months or so and to get a chance to head to the Northern Hemisphere and test ourselves against four really strong International sides is a great opportunity to learn more about ourselves.

"To have a few experienced players from overseas join us will no doubt help our development as we continue to grow and improve as a team, while those back here in Australia will get a decent offseason to make the necessary shifts in their games to excel at Test level." 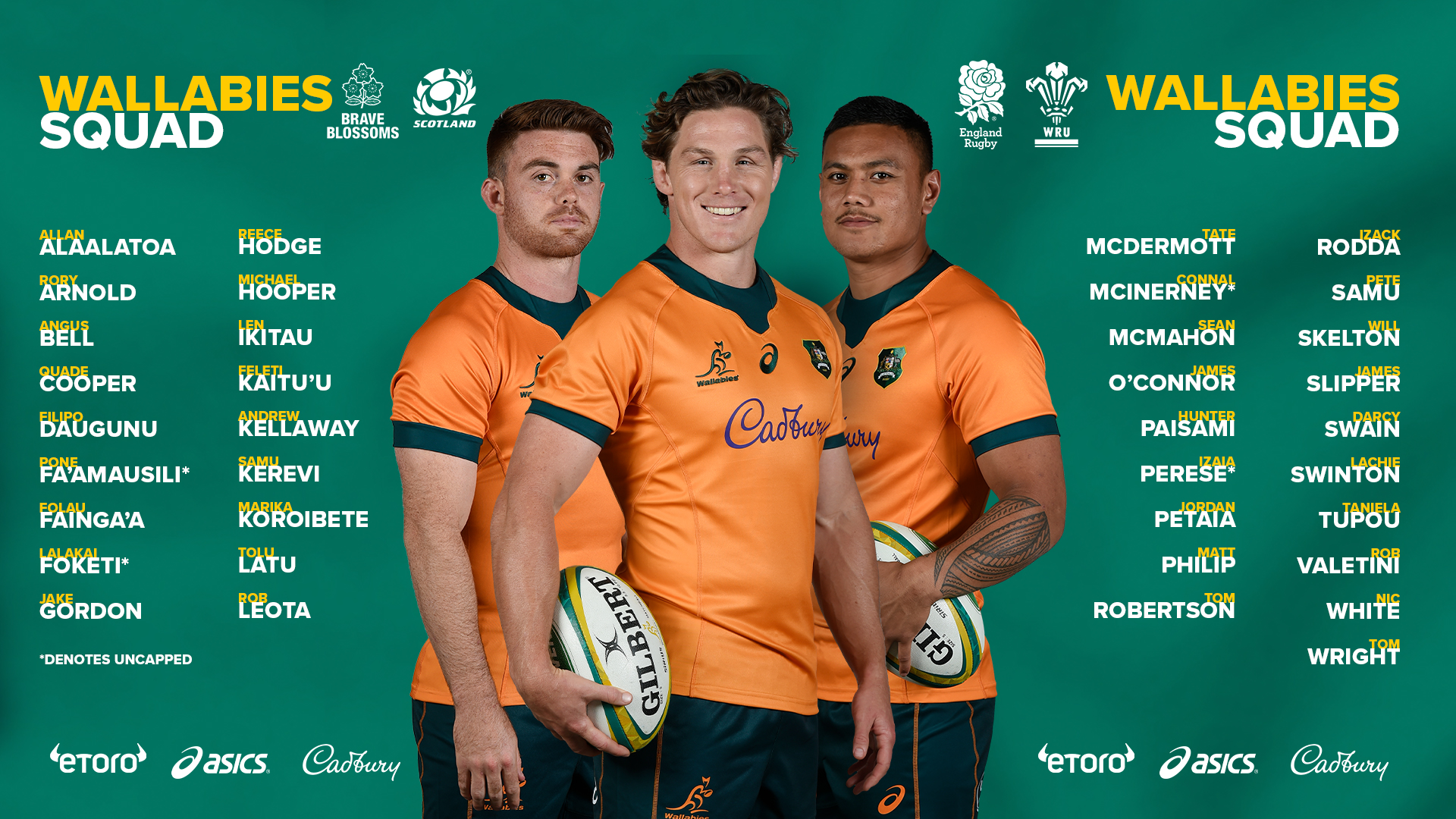 Wallabies’ fixtures in the 2021 Spring Tour