The Pools are in for the 2020/21 season of the Champions Cup. Holders Exeter Chiefs, will play against Toulouse and Glasgow Warriors in the pool stage of the 2020/21 competition following the tournament Pool Draw which was held today (Wednesday 28 October) at the Maison du Sport International in Lausanne, Switzerland.

Meanwhile, reigning PRO14 champions, Leinster Rugby, will have Montpellier and Northampton Saints as their opponents in Pool A when the tournament kicks off again in December, while last season’s runners-up, Racing 92, are in Pool B where they will be up against Connacht Rugby and Harlequins.

Wasps, who were edged out by the Chiefs in the Premiership final, will meet Dragons and Montpellier in Pool A, and PRO14 finalists, Ulster Rugby, will take on Gloucester Rugby and Toulouse in Pool B. Munster Rugby will renew their European rivalry with ASM Clermont Auvergne and Harlequins in Pool B, while Bristol Bears’ Director of Rugby, Pat Lam, will make a return to Galway when the Challenge Cup winners face off against Connacht and Clermont also in Pool B.

We take a look at some of the winners and losers from the draw: Ranked as the top side from the Premiership, the defending Champions would have hoped for an easier start to the competition than home and aways games to Toulouse and the Glasgow Warriors.

Although Rob Baxter's side did manage to topple both sides during last season's edition of the competition, they were not easy victories in the slightest. Toulouse battled hard against Exeter at Sandy Park despite the 10 point difference in the semi-final and the French side did also have a number of absentees in the pack for the clash which wasn't aided by star lock Rory Arnold leaving the pitch in the 22nd minute.

Glasgow's visit to Sandy Park saw Stuart Hogg front up against his former employers and while Exeter cruised to a 34-18 victory the return fixture ended in a 31 all stalemate as Hogg fired a late penalty off the bar. Toulouse have responded well since losing their quarter-final winning three games on the bounce before falling to Lyon while Glasgow have won just tone of their opening three games of the new PRO14 season.

The Champions Cup is certainly a completely different stage to the domestic competitions and neither Toulouse or Glasgow will be easy opponents for Baxter's men. While Exeter may well go through the pool stages unscathed, they won't be easy encounters. Leo Cullen's side were knocked out by Saracens in the quarter-finals of the 2019/20 season and head into the new European season where they will face two sides struggling for form. The first round of action is set to kick off on the weekend of 11 December and while a lot can change in that time, Leinster still look comfortable favourites for their clashes.

They will face off against Montpellier and Northampton Saints during the pool stages of their new campaign. Saints and Leinster were drawn in the same pool last time out and while Northampton struggled during the tail end of the 2019/20 season, they were flying high in the Premiership at this time. Yet they will still no match for Leinster with the aggregate over the two legs reading Leinster 93-37.

Their other opponents, Montpellier, claimed just a pair of wins in the 2019/20 Champions Cup season knocking over Gloucester and Connacht. It also hasn't been plain sailing for Montpellier in the TOP14 this season winning just a pair of games beating Brive and Agen - both relegation-threatened sides.

A new era begins at the Stoop as Harlequins discover what life after Chris Robshaw is like. Their new journey in Europe without their inspirational captain gets underway with testing visits to Paris and Limerick as Quins are set to face Racing 92 and Munster respectively.

Last season Harlequins struggled in the Champions Cup picking up just two victories in the pool stages with wins over Clermont and Bath. They face similarly intimidating foes this time out in the flair of Racing 92 and muscle of Munster.

Munster missed out on a place in the playoffs of the 2019/20 Champions Cup season but Johann van Graan's side were drawn in a tough pool that consisted of Racing 92 and Saracens both of which made the semi-finals of the competition. 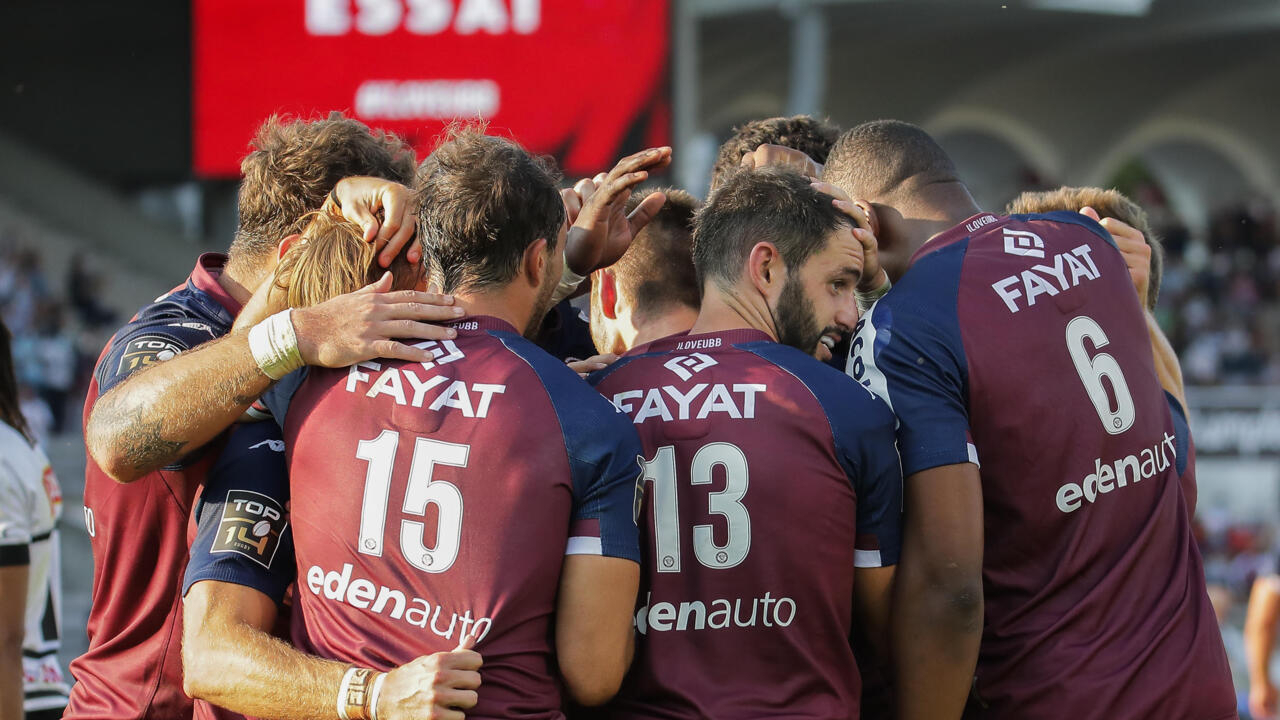 After a stellar 2019/20 season in the TOP14, Bordeaux qualified as the top-seeded French club for the 2020/21 Champions Cup. However, the 2020/21 season hasn't been as kind to Bordeaux as they have won just one of their opening five games of the new season.

Matchups against the Dragons and Northampton Saints are not walks in the park but the draw could have been much crueller to Bordeaux who are already struggling to replicate the form that saw them reach the Challenge Cup semi-finals and top the TOP14 season before it was abandoned. 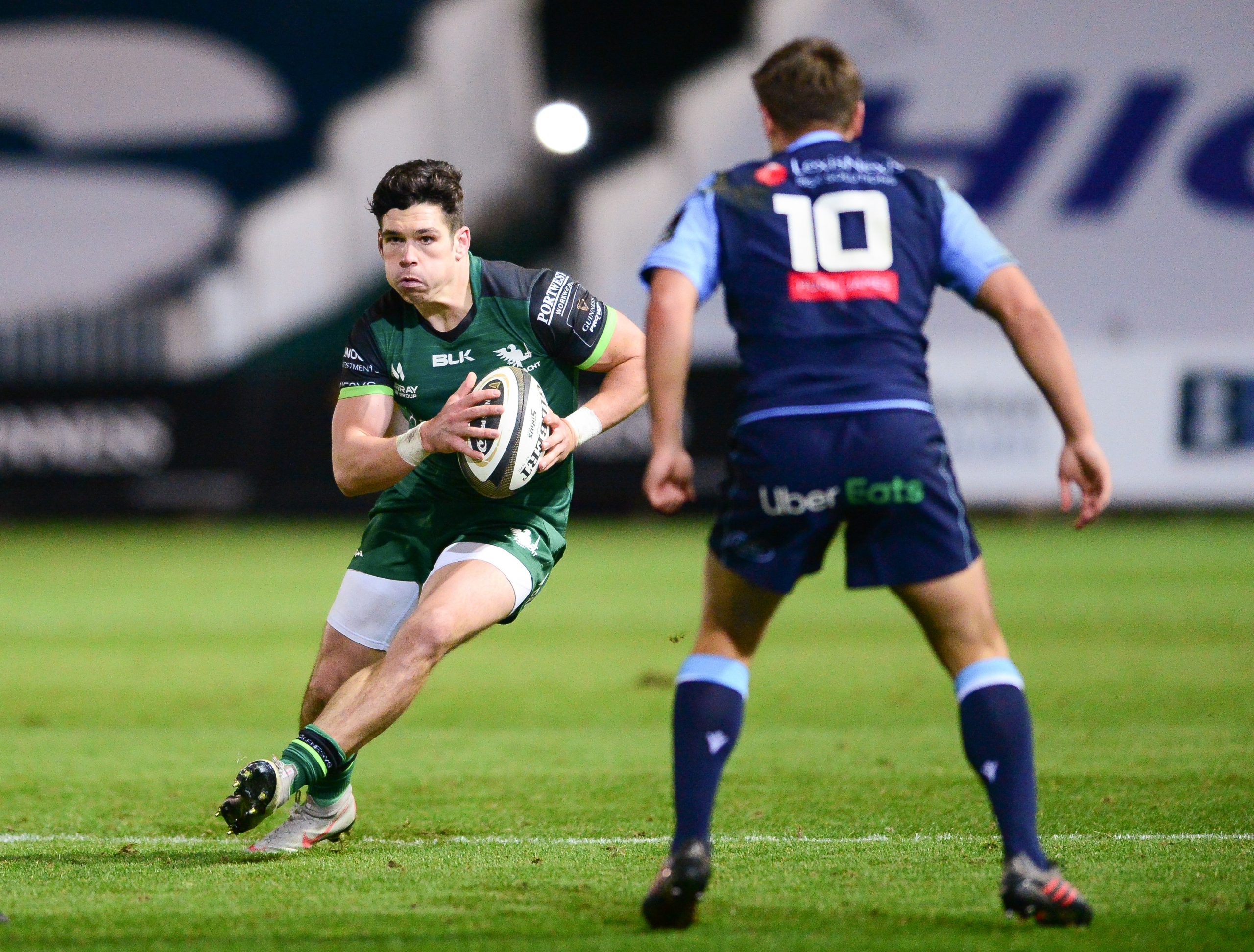 Comfortably the worse off after the draw than their fellow Irish Provinces, Connacht have a tough route to the Champions Cup knockouts with pool games against the Bristol Bears and Racing 92.

The reigning Challenge Cup champions and the Champions Cup runners up await Andy Friend's side. Connacht have started the new PRO14 season brightly beating Glasgow and Edinburgh but had a hiccup against the Cardiff Blues.

Friend looks to have recruited well with the additions of Alex Wooton and Sam Arnold settling in quickly at the side while Abraham Papli'i has shown glimpses of what he is capable of. However, Connacht will need to be on top of their game if they hope to topple either Racing or Bristol. Pat Lam returns to the Sportsground with a fired-up Bristol side containing some of the finest players in the world in Charles Piutau and Semi Radradra while Racing 92 have the in-form Finn Russell and Virimi Vakatawa ready and waiting to tear defences apart. Johann van Graan will be somewhat satisfied by his side's pool opponents. A trip to the Stade Marcel Michelin to face Clermont is never easy but as Ulster showed last season, Clermont can slip up on the road as they claimed an 18-13 win over the French giants.

Meanwhile, their English opponents haven't quite found their footing under Paul Gustard and while there is still time for that to change, Munster will head into their matchups with Quins mildly confident.

Gustard's men won five of their ten games in the Premiership following the resumption of the competition but van Graan will be well aware that an on-song Quins side could well cause some hefty damage. Some good news for Lee Blackett's men who were ravaged by COVID-19 outbreak at the club ahead of their Premiership Final against Exeter which they narrowly lost in a hard-fought encounter.

A second-placed English seeding has come with some benefits as Wasps have been drawn along with the Dragons and Montpellier.  As mentioned before, Montpellier are struggling in the TOP14 and are yet to know when their ace flyhalf Handre Pollard will return from injury.

Their other opponents, the Dragons, have recruited well recently but those additions to the squad haven't led to positive results yet. The Dragons sole victory this season came against Zebre which came between two heavy defeats, the first at the hands of Leinster and the second from Ulster.

Wasps will head into their match ups as favourites if they continue their fine run of form and as they showed in the Premiership final, they have got some quality depth in their squad. 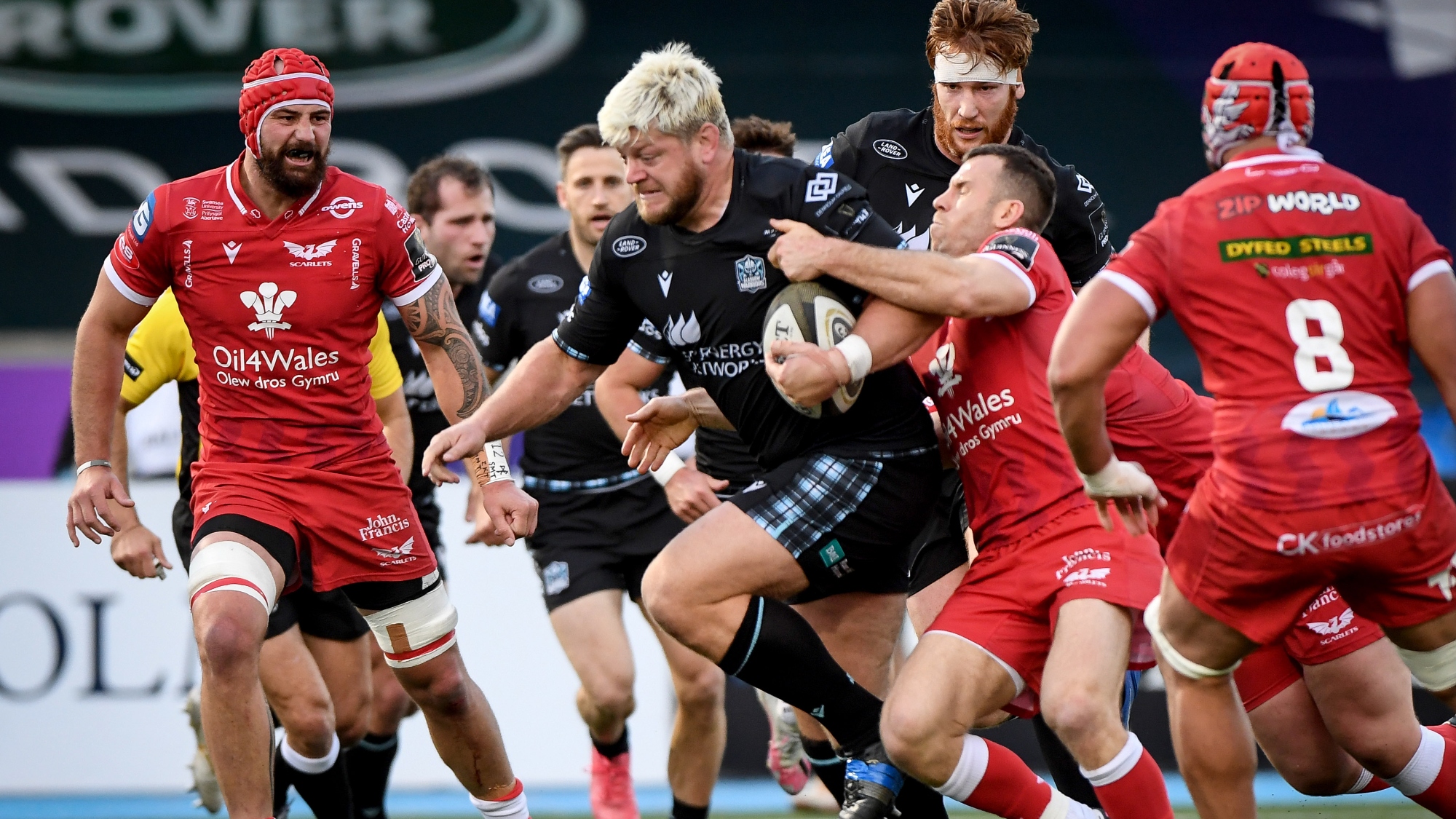 Life after Dave Rennie hasn't been kind to Glasgow Warriors as they have won just one game in the new 2020/21 PRO14 season while also losing one and winning another of their final two games from last season.

Trips to Sandy Park and Matmut Stadium won't help their cause as they front up against the Champions Cup and Premiership double winners as well as a Lyon side that is bubbling under winning three of their first six games in the TOP14.

Lyon were riding high in second place in the overall Top14 log before the season was canned and they look on track to rediscovering that form after a run of four unbeaten games including a draw and a win over Toulouse. 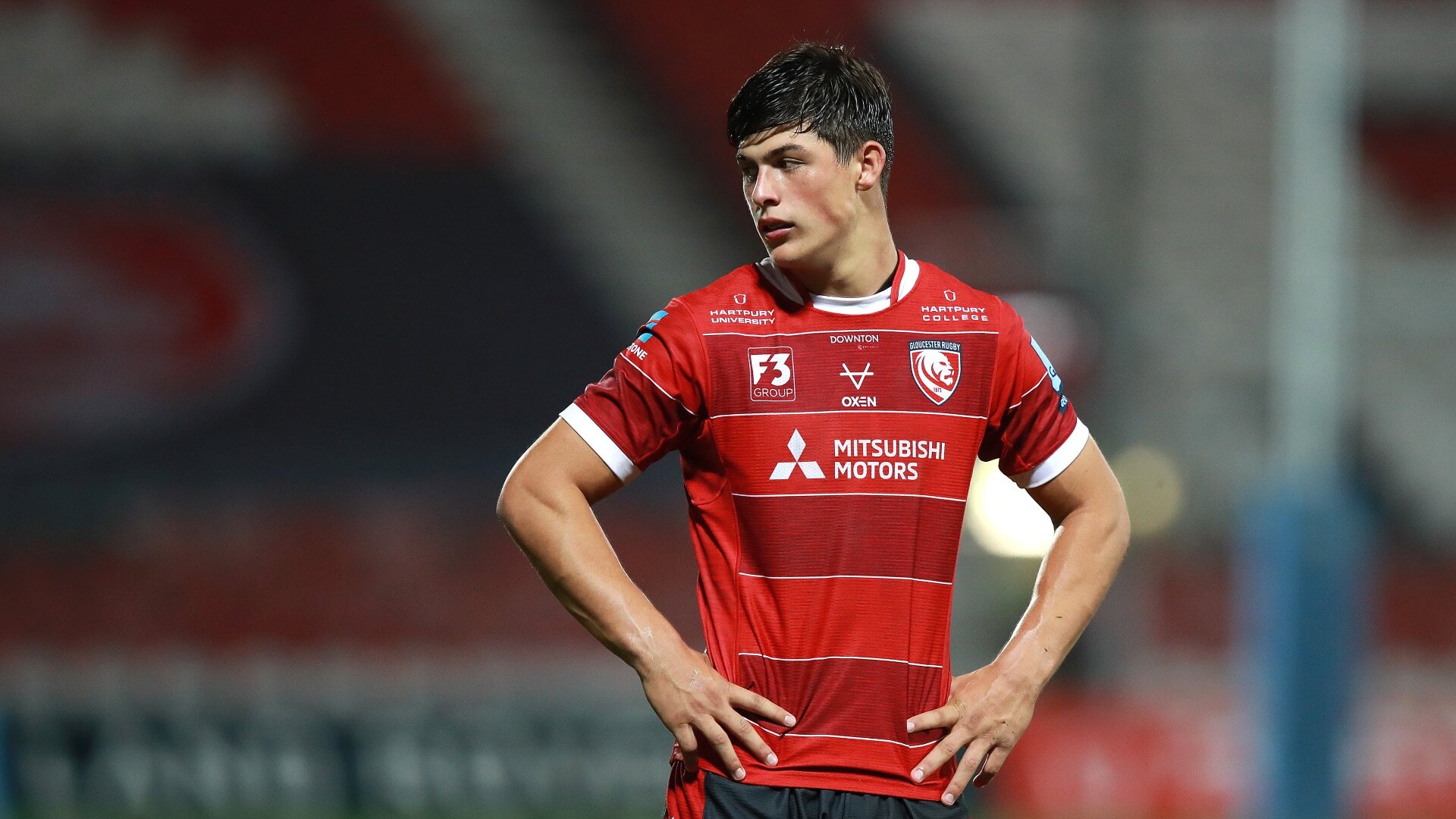 Simply put, it could have been a lot worse for Gloucester.

The Cherry and Whites are set to face off against Lyon and Ulster but their second from bottom seeding from England could have been far worse, just ask Harlequins or Northampton.

George Skivington's won't head into either game as clear favourites but will know that if they seize their opportunities they could well find themselves in a playoff place.

Ulster and Lyon are certainly not easy pickings but neither were Montpellier, Connacht and Toulouse last season and Gloucester managed to finish second in that group.