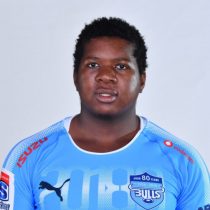 Mxoli established himself in the Bulls Academy and made his first class debut in 2014 as a replacement in the second half.

The 2015/16 season saw him being included in the Blue Bulls squad for the 2016 Currie Cup qualification series, starting ten of his team's fourteen matches in the series.

In July 2016, the Blue Bulls confirmed that Mxoli failed a drugs test, after a dietary supplement that he used was found to contain a banned substance.