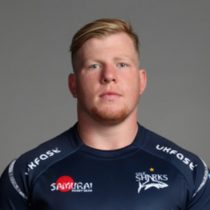 A contract offer from Sale Sharks last December made Sydney-born Nic Dolly realise that he could play rugby at a professional level.

A personal trainer, he had appeared for the New South Wales Waratahs U15 and U17 teams and in Sevens for the state at U18 level, having taken up the game when he was six years old.

His formative clubs were at Redfield, Dural and Eastwood and he also played for Greater Sydney Rams.

He had captained Dural U19 to a Premiership triumph in 2015.

He helped the Sharks U18s in their successful league campaign, scoring three tries on the way to the final.