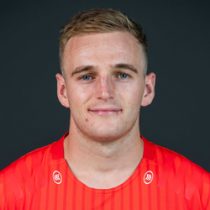 McCarthy first began playing rugby for Old Belvedere, and went on to play for St Michael's College in the Leinster Schools Senior Cup.

Nick represented Leinster at under-16 and under-18 level, and joined the provinces sub-academy in 2013, before entering the full academy ahead of the 2014/15 season.

He got promoted to the senior squad ahead of the 2017/18 season, and featured for the team in the semi-final and final during their 2017/18 Pro14 season.

He joined Munster on a two-year contract after the completion of the 2018/19 season, and made his debut for the province in their opening 2019/20 Pro14 game against Welsh side Dragons in 2019.

McCarthy made 8 appearances for Munster by June 2020/