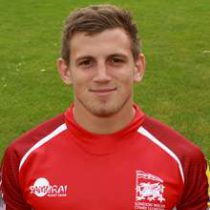 Nick began his professional career as a teenager with Newbury before spending two seasons at Bath and a further three seasons at London Welsh.

In 2016, he moved to Wales to play for Newport Gwent Dragons and soon after had a short spell with Sale Sharks.