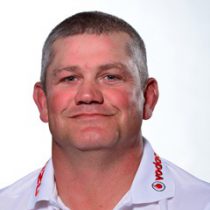 He made a brave and bold decision in 2007 to quit his full time job as a senior logistics planner and pursue his passion to become a full time professional coach. This left him without an income and he had to take out a mortgage on his house to ensure he was able to fulfill his commitments.

In 2010, he was appointed as the coach of university side UP Tuks and won the Carlton League with them to help them qualify for the National Club Championship.

Having guided the Vodacom Blue Bulls Under-21 side to three titles over the past four seasons, two Varsity Cup gold medals with UP-Tuks, Marais was appointed as the head coach of the Bulls prior to the 2016 Super Rugby season, signing a four-year contract.

The Bulls struggled under Marias winning 9 games in 2016 and just 4 in 2017 before the Bulls brought John Mitchell in as the new Director of Rugby with Marais moving into the youth structures of the Bulls.

In 2020, Marai was promoted back to the Super Rugby side working as the side's breakdown coach under Jake White.