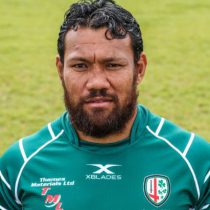 Hailing from Samoa, Treviranus is a powerful back row forward who has spent much of his career in the British and Irish isles.

A hugely physical character, the flanker began his professional career at Connacht and in 2011 joined up with London Irish. A quality operator on either side of the scrum, Treviranus has also represented Samoa on several occasions and featured in the 2011 Rugby World Cup.

He went on to represent Samoa in the 2015 Rugby World and captained the side against in the lead up to the World Cup. He remains an important member of the London Irish team as they won promotion to the Premiership.

Treviranus was a mainstay of the Exiles’ pack during the 2016/17 season, pulling on the green jersey 21 times.