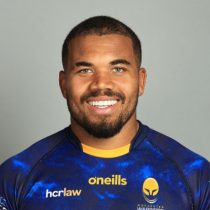 Lawrence burst onto the Worcester Warriors scene in November 2017 with a try on his first-team debut against Sale Sharks in the Anglo-Welsh Cup at Sixways.

The former Bromsgrove School student went on to make three first-team appearances in 2017/18 while he impressed for Warriors Under 18s and Worcester Cavaliers - the latter where he scored two tries in six appearances which also included four try assists in a single game against Sale Jets.

Having represented England Under 18s, Lawrence was promoted to the England Under 20s side (aged just 18) and played one game in the Six Nations in 2018, before a call-up to train with Eddie Jones' Senior England Squad in the summer that year.

A talented sportsman, Lawrence was an Aston Villa Academy football and in December 2018, he was awarded a first-team contract at Worcester Warriors and was included in England’s U20 Six Nations squad in 2019 He again represented England Under-20s in the 2019 Six Nations before an ankle injury ended his season two months early.

As of May 2020, he has made 31 appearances for Worcester, and has scored 50 points. In October 2020 he earned an England call up for the games against the Barbarians and final round of the Six Nations against Italy where Eddie Jones spoke of Lawrence as a great option to cover for the injured Manu Tuilagi

During the Autumn Nations Cup in 2020, Lawrence made his test debut for England against Italy and made his Six Nations debut in February 2021 against Scotland.