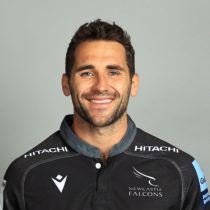 The backline ace began his rugby career at London Welsh before being absorbed into the Harlequins academy. He played for England at Under-16 level and is a quality sevens player, having played for England in the shortened form of the game. The youngster's versatility makes him a major asset, as he can play scrumhalf, wing or fullback.

He is best known for his ability out wide on the wing, where his pace and vision make him a dangerous attacking weapon.

Lindsay-Hague was included in the squad that represented Great Britain at the 2016 Summer Olympics in Rio.

In late August 2016, he left the Harlequins in an attempt to pursue other options with his playing career, and was eventually added to the England Sevens squad in October 2016 for the 2016/17 World Rugby 7s Series.