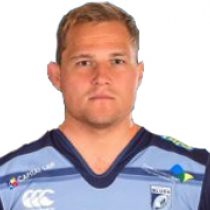 The Loughborough University graduate enjoyed two impressive years at Billesley Common, starting in all twenty-three league games during the 2013/14 season and scoring in the defeat to Bristol. Robinson also represented Gloucester and Northampton Saints in the JP Morgan Sevens Series.

The openside flanker, signed with Bristol in April 2014 on a two-year contract. Having been brought into the set up while father Andy was the Bristol Head Coach.

Olly has since become an important member of the squad despite the tough competition with player like Jack Lam at the club.

In December Robinson signed a long-term contract with Cardiff after his successful loan which saw him being named the man of the match on two occasions.