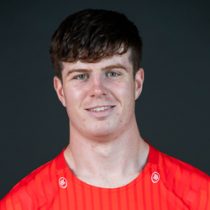 A product of St Munchin’s College, Paddy Kelly played in the Clayton Hotels Munster Schools Junior and Senior Cups. Kelly played his club rugby at Young Munster and has represented the Ireland U18 Clubs and Schools and the Ireland U19s along with being named in the extended Ireland U20s squad for this year’s 6 Nations.

A student at UL, the Limerick native made his Munster A debut last season and also toured with the side to the USA for the Cara Cup.

He played his All Ireland League rugby with Garryowen in the 2019/20 season and earned representative honours for Munster at U18s, U19s, U20s, A level and Ireland U18s, U19s.