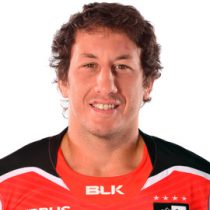 Albacete was born in Buenos Aires and is an Argentine rugby union player. He currently plays for Stade Toulousain in the Top 14.

He has also represented Los Pumas, including being a part of their 2003 Rugby World Cup squad. His usual position is in the second-row. He won the Top 14 in 2008 and the Heineken Cup in 2010.

In January 2011, Albacete announced on his official website that he signed a new 4 year deal with Toulouse.

In June 2017, Albacete joined Racing 92. He made the switch from Toulouse to Paris for the upcoming Top 14 season. In doing so Albacete will play for another club for the first time in 11 years.

Albacete confirmed that the 2017/18 season would be his last and help Racing 92 reach the final of the Champions Cup and Top 14 semi-final in his final season.

In June 2018, Albecete confirmed his retirement from rugby.