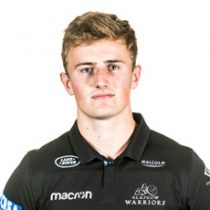 Kelly was the starting inside centre for all five games of the 2015 Six Nations Championship, playing a key role in Scotland under-20's three victories against Wales, Italy and Ireland.

A product of Highland, he was selected for the World Rugby Under-20 Championship in Italy, and made starting appearances in four of the five games.

In September 2016, he joined London Scottish on a short-term loan deal.

In April 2017, Kelly signed on professional terms with Glasgow Warriors from the 2018 season.

He signed a new deal until May 2021 and has made 6 appearances for Glasgow.