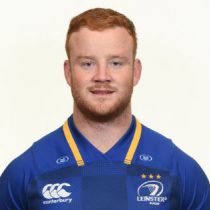 Timmins attended Clongowes Wood College and was selected in the Leinster schools side in 2011. After leaving school, Timmins joined UCD RFC in the AIL.

The back row was a regular for Leinster and Ireland u20 from 2012 to 2014, he also represented Ireland in the 2014 Junior World Cup in New Zealand, where they reached the semi finals.

A bright talent for the future, Timmins has captained Leinster's 'A' side throughout the 2015/16 campaign as they look for B&I Cup glory.

In January 2016, Timmins was named on the bench against Newport Gwent Dragons for Leinster in the PRO 12, where he is looking to make his first appearance for the senior side.