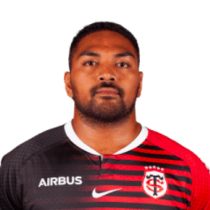 Mauvaka was selected into the 2017 Six Nations Under 20 tournament following his displays for Toulouse.

Having broken into the Toulouse senior squad late in the 2017/2018 season, he established himself in the club and was included in the Champions Cup squad for the 2018/19 season.

Mauvaka made the most of his opportunities with Toulouse following a number of injuries at hooker and helped the side to the Champions Cup semi-finals as well as their 20th TOP14 title and their first since in seven years.

His form was rewarded with a call up to the France squad ahead of the Rugby World Cup in Japan. He made his test debut off the bench against Scotland ahead of the World Cup but didn't feature in Japan.

He wasn't named in France's initial squad for the 2020 Six Nations but was called up after an injury to Anthony Etrillard before the tournament.