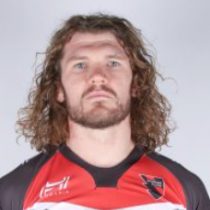 Born in Cooma, Australia, on the 28th September 1990 Battye is a second row by trade.

His professional career began in 2012 when his developmental contract with Australian Super Rugby franchise the Western Force was upgraded to a professional one.

He made his debut for the club in the 2012 season against the Queensland Reds. Away from rugby, Battye has a keen interest in the Arts and his own portrait, entitled 'Battye Blue', has appeared on Australia's National Portrait Gallery's website.

Battye signed for Oyonnax for the 2017-18 season from PROD2 side Beziers.