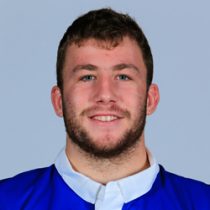 Pierre spent two years with FC Auch Gers based in Auch in Midi-Pyrénées playing in the Fédérale 1 before joining Stade Rochelais in 2017. He went on to make the France U20 squad for the 2017 Six Nations.

Bourgarit scored on his first professional start for La Rochelle in the Champions Cup against Wasps at the Stade Marcel Deflandre.

His great season was topped off by earning an International call up ahead of France's 2018 June Test series against New Zealand. He was the only uncapped player to be named in Jacques Brunel's squad.

As of September 2020, he has made 64 appearances for La Rochelle and has scored 40 points.

In November 2020, Pierre Bourgarit returned to the French squad in 2020 having earned his test debut in 2018 and added another cap during the 2019 Six Nations.