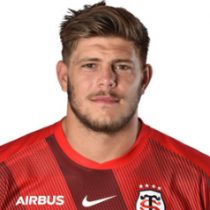 A talented second rower Gayraud made the France u20 squad during the 2011-2012 season. The big lock impressed went through the youth programme at Perpignan before he moved to Bayonne of for the 2012/13 season.

Gayraud continued to develop his game with Bayonne and despite an injury stricken 2016/17 season, he was offered a move to Top 14 side Bordeaux Begles.

He made a further 6 appearances Top 14 appearances during the 2017/18 season before signing with Toulouse ahead of the 2018/19 season.