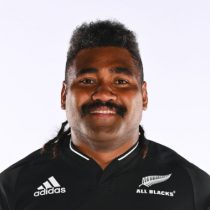 A powerful loose forward, who can also play lock, Sowakula made his Mitre 10 Cup debut in August 2017 for Taranaki.

He was one of Taranaki's standout performers during the 2017 Mitre 10 Cup as they topped the overall standings and beat Canterbury to win the Ranfurly Shield, before being knocked out in their semi-final against Tasman.

Sowakula failed to secure a Super Rugby contract but was called into the Chiefs Super Rugby squad as an injury replacement and was named on the bench to face the Highlanders in Round 7 of the competition.

His impressive performances in 2019 earned him a full-time spot in the Gallagher Chiefs; which he was a regular starter for the team.