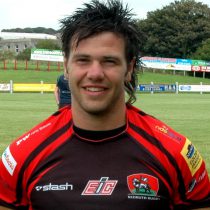 Penberthy began his career at Redruth, then moved to Cornish Pirates in 2011, who he helped to the 2012 play-off final.

Before then be played for Jersey Reds for three years and he featured in both matches between Ealing Trailfinders and the Channel Islanders last season.

Penberthy performed superbly in his debut season, slotting 146 points from his boot in 24 appearances. There is certainly more to come from the fly half for the 17/18 season.