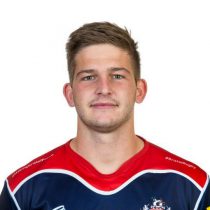 Slowik signed his first professional contract with Bristol Rugby in the summer of 2013 after impressing for their Academy.

The paceman went on to score an impressive 19 tries in just 28 appearances for his side before spending time on loan at Yorkshire Carnegie in 2015.

He then returned to Australia and helped Sydney-based Northern Suburbs reach the final of the 2017 Shute Shield for clubs in New South Wales.

In October 2017 he signed a deal with GK IPA Championship side Jersey Reds. The 23-year-old spent three seasons at Bristol, scoring 19 tries from 28 games during this period and contributing to the title-winning campaign in the 2015/16 Greene King IPA Championship.