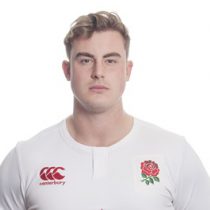 Ollie’s obvious potential stood out at Albion where he made 23 starts in National One and led to his summer 2016 move to Bristol’s Academy.

He was previously a member of Exeter Chiefs' Academy at Bicton College and has played for England at 17 & 18 age groups.

He was included in the 2017 U20 6 Nations squad. Dawe agreed a senior contract at Bristol ahead of the 2018/19 Premiership campaign.