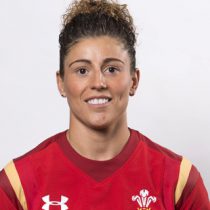 Jess claimed her first cap as a second-half replacement in Wales' opening game of the 2017 Six Nations. She made her second appearance the following week when coming on as a replacement in a defeat to England in Cardiff.

The 2018 championship proved a happy homecoming for the flying winger, as she scored two tries in front of her home crowd against Scotland in Colwyn Bay in the opening round.

She was named in the Wales squad for the 2019 Six Nations tournament.