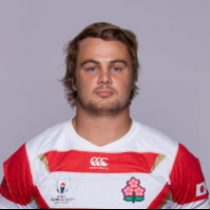 During his time at Hoerskool Nelspruit Wimpie van der Walt represented the Pumas at the 2006 and 2007 Craven Week tournaments.

He then joined Western Province and represented them at Under-19 and Under-21 levels between 2008 and 2010. He was also included in the Maties squad for the 2010 Varsity Cup but never made an appearance.

He made his first-class debut for Western Province in a Vodacom Cup match on 27 February 2010 against Boland Cavaliers and made his Currie Cup debut the following year against Griquas.

In October 2011, he joined Italian National Championship of Excellence team San Gregorio and made sixteen appearances for them in the 2011–2012 season, but could not help them finishing bottom of the table and getting relegated to Serie A1 in 2012–13.

He returned to South Africa a few months later and joined Eastern Province Kings for the 2012 Currie Cup First Division season. He made his debut on 30 July 2012 in the opening game of the season against Boland Cavaliers.

He was named in the Kings squad for the 2013 Super Rugby season. He made his debut in the first match of the season against the Force.

He returned to South Africa following the conclusion of the 2013–14 Top League and joined the Bulls on a two-month contract during the 2014 Super Rugby season.

After the Super Rugby season, he returned to the Hurricanes squad and has been a first choice start and in November he was called into Japan's International squad.

He made his Test debut against Australia and made another two appearances in November.

He cemented his place into the Japan's squad for the 2019 Rugby World Cup and has made 15 appearances for Japan heading into the quarter-finals of the tournament.