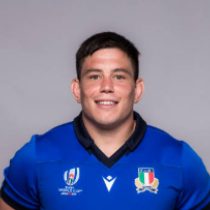 Oliviero Fabiani is a mobile hooker that impressed at club side Lazio before being signed by Zebre in 2014.

Fabiani showed his versatility when represented the Italy 7s in 2013 and 2014 before being named in the Emerging Italy side in 2015.

The hooker earned his first test cap in 2016 against Ireland and has made 9 other appearances since.