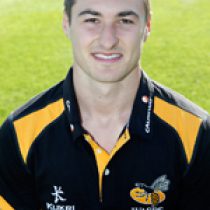 He has been a constant figure in the 1st XV playing in all but one National League One game in the 2016 season alongside completing his degree.

In the +30 games he has played, the inside centre has been a prolific try scorer easily ranking as the team’s top scorer after crossing the whitewash eight times, three of those coming as a hat trick as the Students beat Cinderford 43-10 earlier in 2016.