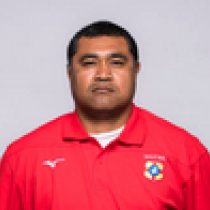 Big, quick and powerfully Toutai Kefu was a standout school boy performer and was selected for the Queensland Reds for the inaugural season of the Super 12 in 1996, aged 21.

He made his international test debut at the age of 23 against South Africa in the 1997 Tri Nations Series. He won his start for his second cap almost a year later, taking over the position of number 8 from fellow Tongan Willie Ofahengaue in 1998 when Australia's recorded a 76–0 win over England.

After helping Australia qualify for the 1999 Rugby World Cup in September 1998, he played a vital role in winning the Webb Ellis Cup for Australia's second time. He played in 4 of their matches, scoring against Romania in the opening game, and playing the full 80 minutes in the final.

After failing to make the 2003 Rugby World Cup squad, Kefu signed with Kubota Spears in the Top League in Japan, leaving the Queensland Reds after earning 103 caps for his state. Kefu spent six seasons with the Japanese club, Kubota Spears.

In 2010 Kefu became head coach of the Stingrays, a team in the Queensland Premier League. In his first season in charge, he led the Stingrays to the Senior Championship title.

Kefu continued to coach the Stingrays but temporarily left the side in 2011 to take up the role of assistant coach for the Tongan national team.

Kefu has been involved on and off with the Tongan national team since 2011 and in 2016 he was named as the Tong Head Coach.

He started his reign as Tongan head coach with a 23–18 loss to Fiji, though Tonga did lead the Fijians 15–0 at half time.