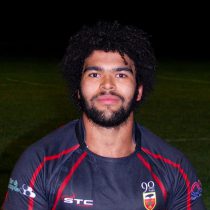 Langley has risen rapidly through the national leagues, playing for South Woodham Ferrers in 2014, joining Colchester while studying at University before being picked up by Cambridge and impressing with them this season in National League 1.

His performances lead to him being selected for the second team and lead to him signing a full-time contract with the club ahead of the 2018 season.

He has impressed for Wasps during this season’s Aviva A League campaign, which saw them reach the semi finals of the competition, and his performances for the second team have seen him sign a full-time contract with the club ahead of next season.