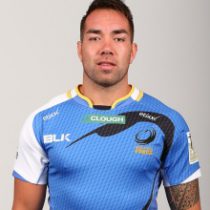 Nikoro was a school boy talent that switched from League to Union at Mount Albert High School in Auckland. He made his Super Rugby debut before his ITM Cup one played for a number of ITM Cup sides as well as the Blues. In 2015 the sharp outside back made the move to the Force to further his career.

In 2014, Nikoro's ITM Cup season was brought into the line light when he landed a 59m penalty kick for Waikato against Canterbury.

Nikoro has moved around during his career having played for the Blues, Auckland, Waikato, Perth Spirit, Western Force and Greater Sydney Rams, while earning an international call up for Samoa.