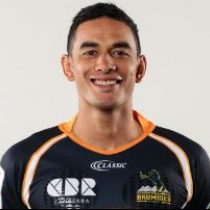 Hawera, a product of St. Peter’s School, Hamilton, had been a part of Waikato’s provincial squad for four years, making 22 appearances for the NZ powerhouse.

In January 2017, the New Zealand born pivot joined the Brumbies fresh off a tremendous season with the Stags in the Mitre 10 Cup where he contributed 64 points.

In July 2017 Hawera signed a two-year extension with the Burmbies.

After making his debut against the Crusaders Hawera went on to start all of the Brumbies reminding 2017 Super Rugby matches scoring over 100 points in 16 games.