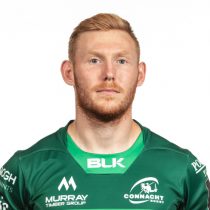 Belfast born and bred, the former pupil of Campbell College also scored 33 points in nine appearances for Ireland under-20.

The Belfast-born 24-year-old made nine appearances for the Ireland U20s in the 2013 season, scoring 33 points in the process.

Scholes joined Ulster from Belfast Harlequins in 2013, and has signed a contract that will see him don the black and red until May 2018.

In July 2017, Edinburgh announced that Scholes would be leaving the club.

A month later, Scholes signed a deal with Connacht for the 2017/18 season. Scholes moves from Edinburgh where he spent last season having previously scored five tries in 26 appearances for Ulster.

In March 2018 Scholes signed an extension that will see him remain at the club until the end of the 2018/19 season.