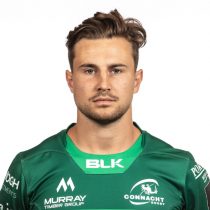 Born in Sydney to South African parents, David learnt his rugby at Easts Wallaroos and Scots College. Adept at either flyhalf or inside centre, where his organisational skills and strong all round game provide great stability.

Horwitz has some serious experience and game time under his belt having representing Australian Schools in 2011 and 2012.

He played a key role in a successful season for the NSW Country Eagles in the Buildcorp NRC, starting in every match in 2015.

In 2015, Horwitz was awarded the Catchpole Medal after being voted the 2015 Intrust Shute Shield’s player of the year during his time with Randwick. In his 15 appearances that season he scored 86 points which included running in five tries.

Horwitz broke into the Waratahs starting XV during the 2017 season featuring in all but one of the Tahs Super Rugby - taking his Super Rugby caps tally to 21 and 13 points.

Although he is primarily a flyhalf Horwitz has excelled at inside centre with the Waratahs before continuing that form with his new side the Melbourne Rebels during the 2018 Super Rugby season.